2015 is an incredible year for the CMOS image sensor industry: CMOS image industry should reach this year the $10B billion milestone and Sony is getting more than a third of this market thanks to strong technology and production investment, serving the product strategy of Apple, which itself served as a beacon for the whole smartphone industry.Discover more about the CMOS Image Sensors Industry in Yole recent report here.

At the same time direct competitors to Sony have been stalling: in order to match image quality, Samsung had to source Sony’s sensors for its flagship smartphone and OmniVision suffered from a late entry in advance technology such as stacked BSI and PDAF (with its foundry TSMC), reducing its market to lower cost sensors. 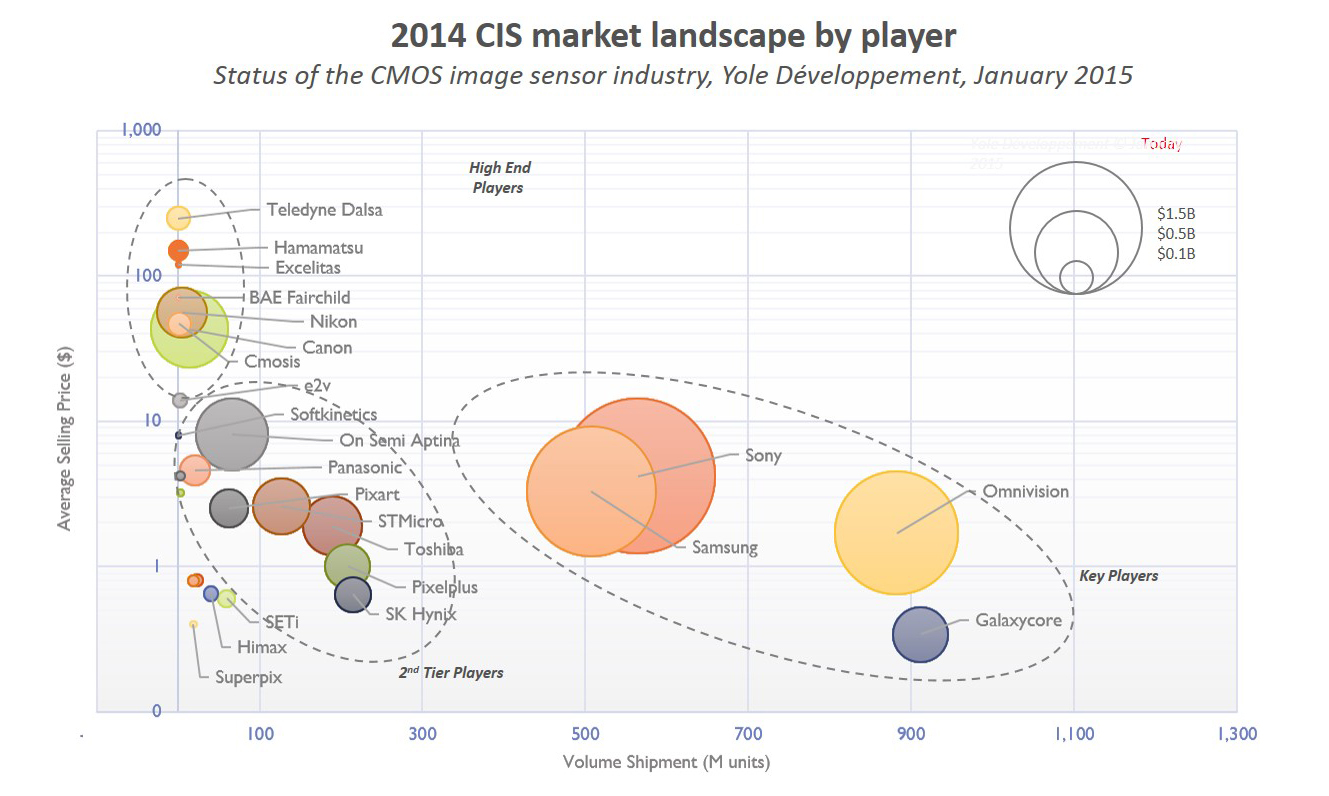 But now OmniVision is Chinese. This is certainly good news for the industry since it should renew competition facing a much more dominating Sony. If you are looking at the recent changes in the situation, there are 3 aspects of competition at play and OmniVision management is playing very well:

Second, they must build market partnership and tie themselves closer to loyal customers. Smartphone cameras have become so important that trust and reliability has become essential.

Third, they must get access to capital in order to finance technology and product development in a quickly evolving market.

By becoming Chinese, OmniVision is providing the right answers to those 3 aspects: technology will be more in focus, and with better means by moving OmniVision supply chain to mainland China: Chinese government investments in IC, from design to manufacturing will be a good support to make such technology transition. The market access will be easier especially in the last open and growing field, the Chinese mobile phone makers. Finally, capital access should improve thanks to a dynamic Chinese environment backed by government policies.

This strategy does make sense if the trajectory of Chinese smartphone players goes beyond the frontiers of China. Xiaomi, Lenovo, Huawei, Coolpad, ZTE, Oppo, are very strong in China and have a lot of potential growth ahead of them if they were to move worldwide.

Having strong domestic component manufacturers is certainly an asset, and has been a characteristics of early Asian industries all across the continent. This kind of strategy proved its efficiency in Japan 30 years ago, Korea 20 years ago, and is now the development template for China. There was a time China was only providing cheap labor for the final assembly of foreign brand end products. It has now built the complete supply chain from Silicon, Optics, CMOS Camera modules, and obviously the final branded electronic system.

OmniVision going under the Chinese flag will not change the CIS landscape overnight, OmniVision was already operated by Chinese nationals, with a high degree of integration in Taiwan and China. Nevertheless, this movement is the emerging tip of an iceberg of change. China is currently reshaping the semiconductor business and industry. With $1.9B for OmniVision they are securing a key position of the fast expanding electronic device industry: CMOS Imaging is a BUY.