Next-generation sequencing technologies have been around for more than a decade and have truly revolutionized nucleic acid analysis – though this revolution may well be just the beginning. Illumina has the lead in the booming sequencing market, having left behind many of its competitors over the last 10 years: Helicos Biosciences and Roche 454 are not active anymore, and Applied Biosystems’ SOLiD technology was discontinued a few years after the company was acquired by Thermo Fisher. Impressively, Illumina beat them on all three key technology fronts: price, quality, and reliability.

Aside from Illumina, only a handful of other players partake in today’s sequencing market: Ion Torrent, Oxford Nanopore, BGI, Qiagen, and Pacific Biosciences (which might soon become part of Illumina, if they successfully pass the reviews by regulators regarding competition concerns). We can add to this list SeqLL, which only runs services with its Helicos-revamped machines; and Direct Genomics, which seems to have recently launched a sequencer in China.

Illumina’s sequencing technology is by far the most widely used because it is suited for many applications, and the company has developed dedicated instruments for different uses (i.e. low/medium/high-throughput sequencing). However, despite being the best-available technology for many (though not all) applications, Illumina’s approach still has some drawbacks and limitations. For example, it is a “clonal amplification” technology, which means it requires PCR amplification prior to sequencing to generate short DNA reads. This requires a complex, extensive, and time-consuming sample preparation. Also, PCR can induce replication errors, short-reads can induce phasing errors, and the technology sequencing by synthesis – which optically detects an incorporation event as the template DNA strand is copied (potentially causing additional errors) – instead of direct-sensing of the strand.

Many in-development technologies have the potential to overcome these drawbacks, making this an exciting time for nanopore-like technologies – even though major challenges remain. Direct electrical sensing of actual long, single molecules without sample preparation sounds conceivable at some point, and as soon as high-throughput, long reads are available at a competitive price, Illumina’s short-reads technology will face serious hurdles.
Most sequencing technologies in development are conceived by start-up companies, the most promising of which end up being acquired by industry giants. But who exactly are these buyers? Interestingly, they are not always who you might think.

Large life-sciences players have always been involved in the game. Roche acquired 454 Life Sciences in next-generation sequencing’s early days, and is now preparing a nanopore technology with Genia (which Roche acquired in 2014). Thermo Fisher Scientific owns SOLiD and Ion Torrent, both purchased in 2013 through Life Technologies’ deal. Qiagen bought Intelligent Biosystems in 2012 and is now commercializing its GeneReader; and Agilent Technologies recently closed its acquisition of LaserGen, another company developing a sequencing technology. We can also add Bio-Rad, which acquired GnuBio in 2014, though developments seem to have stopped.
Another new wave of big-name entrants has also begun exploring sequencing technologies, but these firms are not rooted in life sciences. No, this new wave is approaching from a completely different sector: the semiconductor industry.

Indeed, the opportunity in sequencing is indeed huge for semiconductor players. In the aforementioned report, Yole estimated the number of shipped sequencing flow cells at 1.28M units in 2018, forecast to reach 4.19M units by 2024. Made on glass and silicon substrates, these flow cells are high-end devices that could ship in the hundreds of millions if sequencing adoption becomes widespread – which will surely happen one day thanks to lower cost and better performance. Consequently, semiconductor players are closely eyeing the most promising sequencing technologies, and some players even have development programs.

KnowMade, part of the Yole Group of Companies, recently published its Nanopore Sequencing Patent Landscape report, which details the field activities of several companies possessing strong experience in microelectronics and semiconductors: Hitachi, IBM, Samsung Electronics, Intel, Qualcomm, and Global Foundries. Moreover, in its patent monitoring services and in a recent article, Knowmade identified four new patent families that were published in March 2019 in the nanopore sequencing field. All four were filed by Applied Materials, a major supplier in the semiconductor industry. It is very interesting to note that this is the first time Applied Materials has published patents in this area.

In the coming years, we believe that an increasing number of semiconductor players will enter the sequencing arena. It’s an open question whether tech giants like Google, Facebook, and Amazon will follow suit, but it would not be surprising given their efforts made in entering healthcare markets. Has the sequencing race only just begun?

Sébastien Clerc works as a Technology & Market Analyst, Microfluidics & Medical Technologies at Yole Développement (Yole). As part of the Life Sciences & Healthcare division, Sébastien has authored a collection of market and technology reports dedicated to topics such as microfluidics, point-of-care, MEMS for healthcare applications and connected medical devices. In parallel, he is daily involved in custom projects such as strategic marketing, technology scouting and technology evaluation to help academic and industrial players in their innovation processes. Thanks to his technology & market expertise, Sébastien has spoken in more than 10 industry conferences worldwide over the last 2 years.
Sébastien Clerc graduated from Grenoble Institute of Technology (Grenoble INP – Grenoble, France) with a Master’s degree in Biomedical Technologies. He then completed his cursus with a Master’s degree in Innovation and Technology Management in the same institute.

Next Generation Sequencing & DNA Synthesis: Technology, Consumables Manufacturing and Market Trends 2019
With the sequencer installed base doubling, the sequencing consumables market will reach $7.8B by 2024. 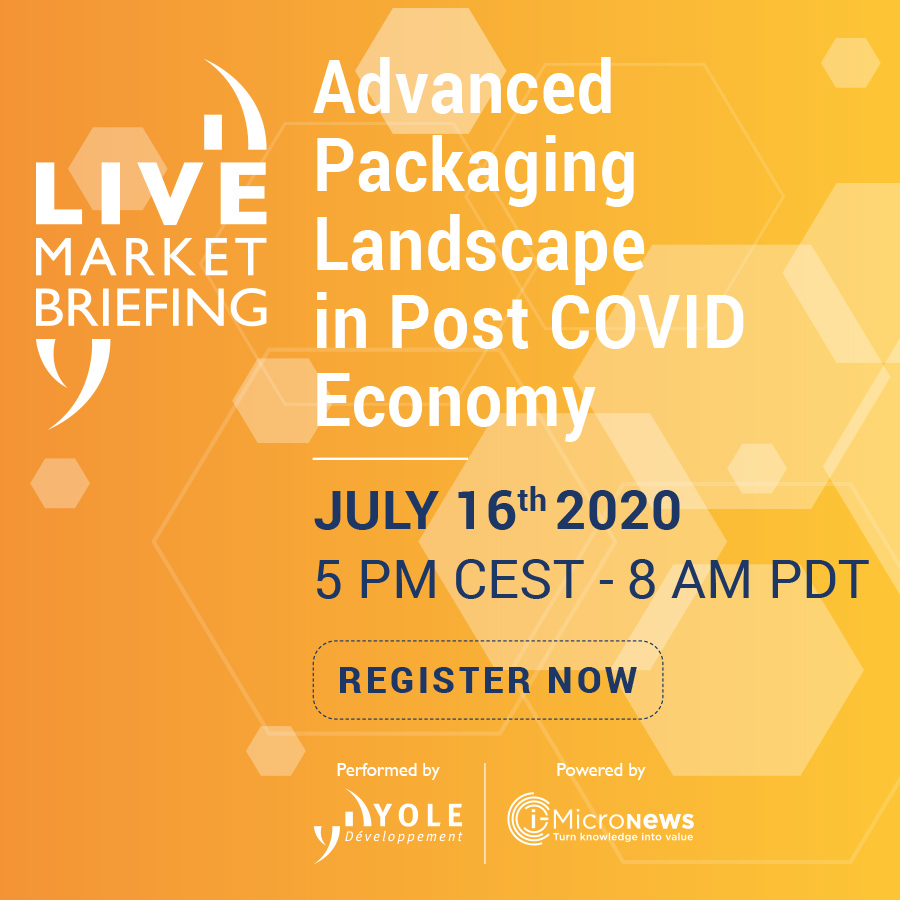