Do you remember how the selfie transformed the smartphone imaging industry and initiated a high value market reaching today $5B in front camera hardware revenue? Well, just imagine the potential of Pokemon bouncing all over the place followed by young kids and grown-up adults with an augmented reality experience… Yole Développement has recently released two reports covering the Imaging Sensors Industry and the Sensors for Cellphones and Tablets. Discover below our analysis concerning Pokemon Go and its potential impact on smartphone camera hardware….

The game craze of this summer 2016 has been overwhelming. Pokemon Go is taking over the planet in ways we have not been accustomed.

In this mixed reality game, smartphone capabilities are used to new heights. This game is using the full extent of the smartphone’s macro functions, ie : processing / connectivity / display / sensors.

There are two major aspects of the game that makes it so viral. The first one is a cultural one due to the Millenial generation who grew up with the Pokemon card game, associated Japanese anime and electronic games. The second one is technological. There is probably close to 4 billion people equipped with smartphone technology, quite an interesting critical mass for any mass media developer!

In the quest for Pokemon, some have suggested that 3D cameras would make a better job at catching the small monsters. The share of Lenovo did take a good 10% upward due to this rumor. With the recent release of Phab 2 Pro, Lenovo integrated a PMD made 3D camera making it the first Google Tango enabled phablet. After a few fact checking with actual players it appears that hardware wise the game is relatively agnostic. We can understand that better hardware would benefit to the user’s experience, but hardware only will not help you become a top level Pokemon master. Actually better sensors will not be of much help at all.

So, does it mean there will be no impact on the smartphone camera and sensor industry? We think that ignoring such development would be a big mistake. When the selfie trend picked up the front camera resolution increased dramatically and is actually reaching 5Mp to 8Mp. The phablet trend also showed that big screens have had public favor even though some vendors took time to recognize it, letting new entrants into the game. There again we are witnessing a key trend coming from Asia but also leveraging the US based technology and marketing vision from Google. This is a recipe for huge market and technology developments and the hardware will naturally be impacted. 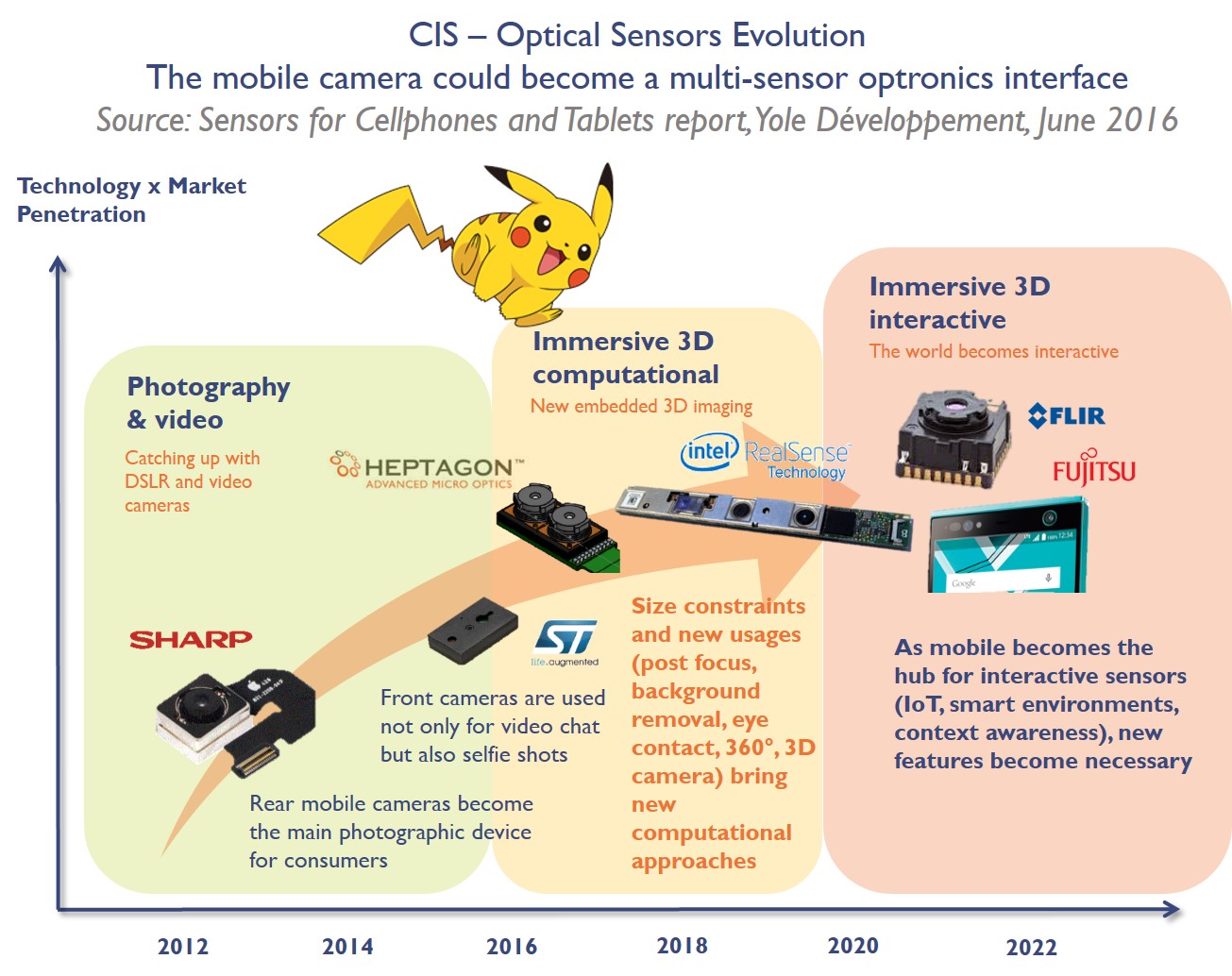 We are entering into a new era of mixed reality interactions. Cameras and sensors that fit our smartphones will play a major role in this new era, actually they might even be one of the centerpiece. No joke, on your next smartphone shopping experience get ready to look for the Pokemon catching performance rating. We will make sure to update our technology analysis accordingly. Have a good summer!

New functions are pushing change in CMOS image sensors, boosting the market toward $18.8B in 2021 at 10.4% CAGR 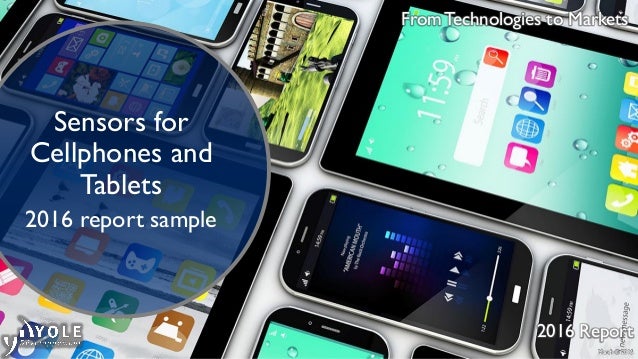 Sensors for Cellphones and tablets 2016