In two of Yole Développement (Yole) latest reports dedicated to sensor technologies an markets, “Sensors and Data Management for Autonomous Vehicles” and “Sensors for drones and robots: market opportunities and technology revolution“, Yole has strongly suggested the opportunity in Lidars and the benefit it could get from solid state technology. A paradigm sift is under way as we enter a new era of machine sensing technology, one of those technologies is called quantum or single photon sensing. The specific product that we would like to highligth today is the solid state photo multipliers (SiPM) from SensL.

They are based on a bundled array of Single Photon Avalanche Diodes (SPAD) and are a very good exemple of the game changing approaches currently on the market. We have had the chance to interview Carl Jackson and Wade Appelman from SensL. In this interview we wanted to learn more the recent developments in SiPM and how this technology could change Lidars for good… 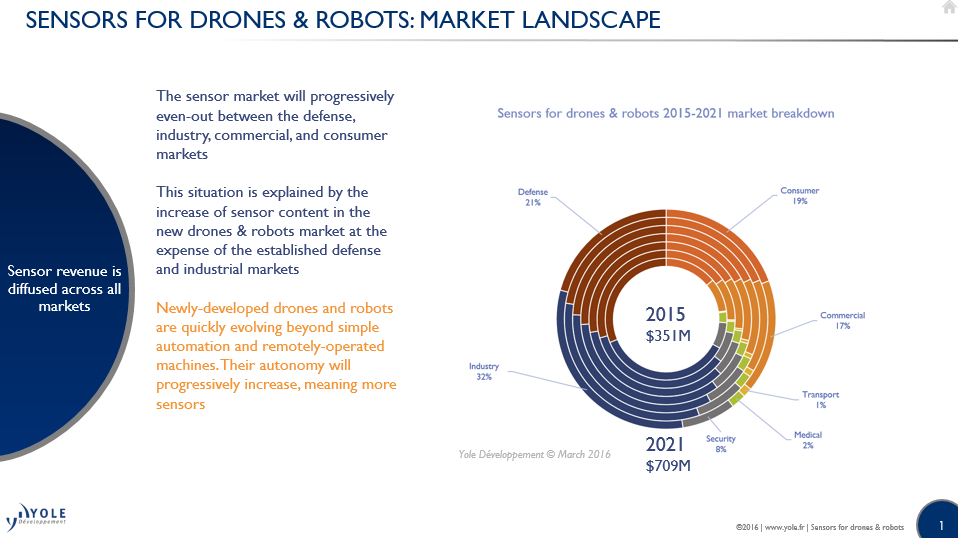 Yole Développement (Yole): Can you present SensL, its technology and business model?

SensL: SensL is a fabless semiconductor company focusing primarily on LiDAR for automotive advanced driver assistance systems (ADAS) as well as consumer robotics and drones. We have a decade long history of using SiPM’s in medical imaging applications which have driven down the cost considerably for LiDAR.
Our core product is the Silicon Photomultiplier (SiPM). The SiPM is a solid-state sensor that is closely related to SPADs (single photon avalanche diode). A simplistic description of SPAD is a binary photon-activated ‘switch’. An SiPM is formed of a close-packed array of SPADs with a summed output. This summed-matrix of SPADs, that forms the SiPM, acts as a quasi-analog sensor that retains single-photon sensitivity upon a large surface area.

Being a fabless-semiconductor company SensL has been able to focus on rapid development of new products and strong customer support, while benefitting from the production cycle of high-volume manufacturers. As such, SensL’s SiPM technology offers industry-leading quality, breakdown uniformity and optical response uniformity enabling world-class system performance and compelling cost advantage. This business model has enabled SensL to be at the forefront of SiPM development and establish itself as the market leader. There are now over 1000 customers who have implemented SensL’s low-light sensors in a wide range of applications including medical imaging, biophotonics, hazard & threat detection, LiDAR and high energy physics.

Yole: What is the main benefit of SiPMs relative to other sensor technologies when applied to LiDAR?

SensL: Historically, LiDAR systems have been built with a wide variety of sensor types ranging from a simple PiN photodiode to vacuum-tube PMTs. With increasing performance demands from applications such as ADAS and drone systems, the number of available sensors that actually fulfill the requirements is limited. Generally, each sensor type will have implementation challenges, but in some cases those challenges can be met with practical system solutions. 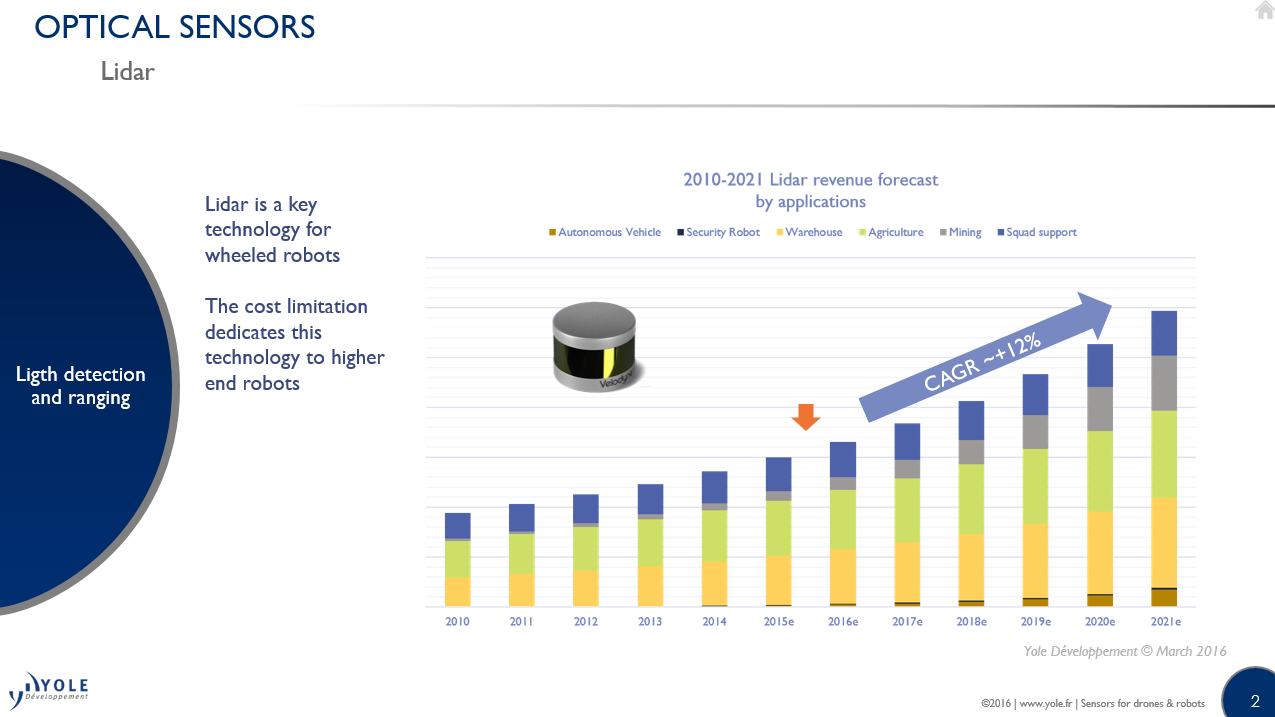 SiPMs have very high internal gain and therefore do not require external amplification that would contribute additional noise to the signal. Therefore the SiPM will have a better SNR than the APD in many use cases.

Ambient light rejection needs to be carefully considered to successfully implement an SiPM based LIDAR system in order to avoid the sensor being saturated by sunlight due to it’s single photon sensitivity at 905nm wavelength. SensL has worked to solve this at a system level by using a combination of techniques. Firstly, by limiting the aperture so that the sensor field-of-view, secondly, by using a bandpass optical filter to block ambient light outside the wavelengths of interest and finally, by using a short laser pulse to provide a higher optical peak power while still being within eye-safe limits.

To illustrate the benefits of the SiPM versus an APD, SensL has taken the example of a long-range LiDAR system operating in bright light conditions. We have modeled an ADAS system at >100m with 100klux background, which corresponds to bright daylight and target reflectivity down to 5%. 10cm resolution was achieved at 100m in these conditions using an eye-safe laser. We modeled the same situation with an APD and it was only possible to range to 60m.

We think this limitation of APDs for long-distance ranging is becoming clear to the automotive companies now as well. The high gain of the SiPM when compared to an APD, and hence it’s single-photon sensitivity, is really the key factor that makes it uniquely possible to achieve long-distance ranging in a real-world situation.

Yole: Can you explain the difference between single-shot and histogramming ToF ranging?

SensL:For certain applications, such as short-distance ranging where the return signal is stronger direct- Time-of-Flight (ToF) can be implemented using a single laser pulse per measurement. However, single-pulse LiDAR cannot meet the long-range (≥100m) requirements for automotive applications because of the limited number of returned photons from eye-safe laser pulses.

For systems engineers that are used to the ‘single shot’ method, the histogramming ‘multi-shot’ method can seem like an extra layer of complexity. However, at SensL we have implemented histogramming in an FPGA in real time so that the detector unit simply outputs the single distance measurement. .

Yole: How do you plan releasing this technology on the market, what is your roadmap?

SensL: Recently, there has been a surge in demand for high-performance, low cost LiDAR systems in the fields of drones, robotics and in automotive. More ADAS and active safety systems are being developed and fully autonomous vehicles are a real possibility within a decade. This is driving an intense period of product development at SensL and we have been working closely with our customers to provide best in class sensors for these high volume and demanding applications.

The first step when we interact with customers is to understand their requirements and create a detailed simulation of their system using our sophisticated Matlab model. This gives us a rapid insight into the feasibility of a given set of requirements and is a great platform for engaging with the customer from the outset. The model has a wide scope and can simulate just about any system including substituting one of our sensors for something else such as an APD. The model is also a powerful tool to illustrate the unique benefits of the SiPM for ranging. 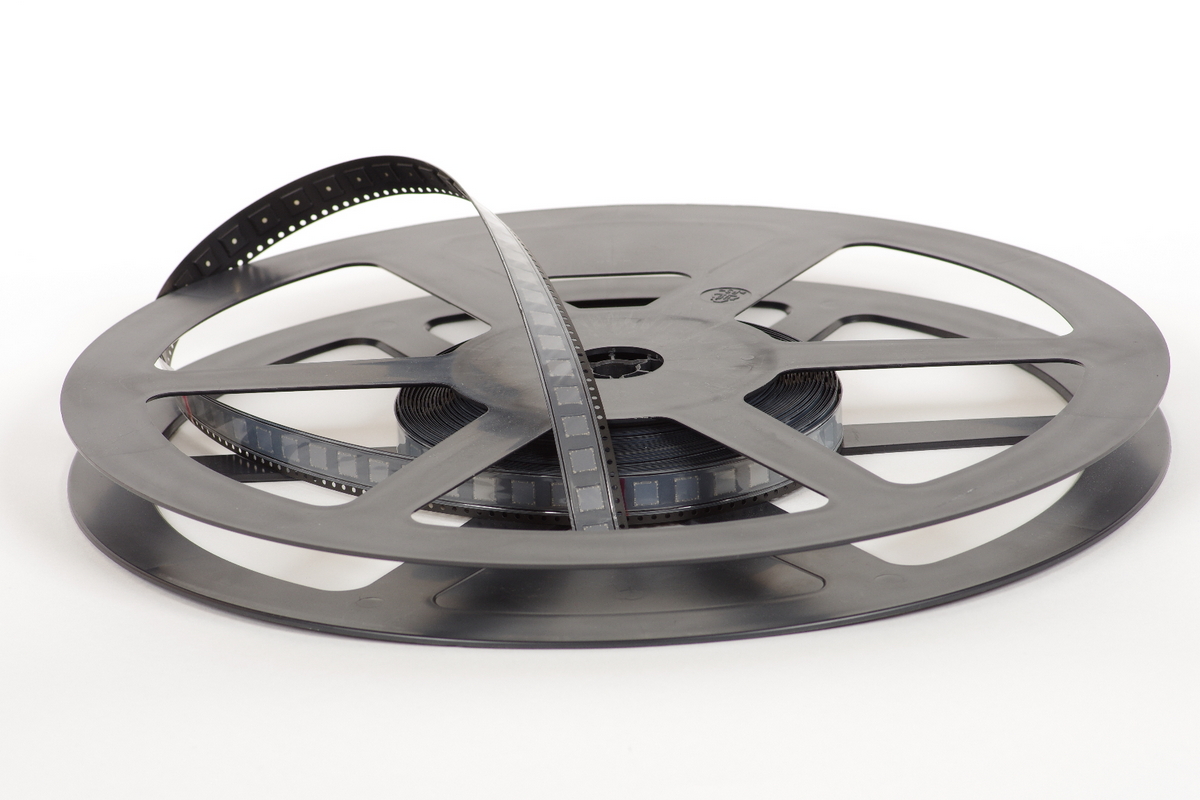 The model itself has been validated using a demonstration LiDAR system that we built using our standard SiPM sensors. We tested the system’s ranging performance in bright light and with low reflectivity targets and compared the results against those predicted by the model. The model will be further validated by additional demo systems that we plan to build. Soon we will have a demo that uses a 1D array of our current, discrete SiPM sensors and we are working towards demos that incorporate some of the custom arrays that are on our roadmap for the LiDAR market. These include monolithic 1D and 2D SiPM arrays and, further down the line, arrays of SiPM integrated with CMOS readout electronics.

Dr Carl Jackson, CTO SensL
Carl Jackson is founder and CTO of SensL. Carl holds a B.Sc. and M.Sc. from Clemson University (USA) and a Ph.D. from the National University of Ireland, Cork in Microelectronics. His doctoral research work was carried out at the Tyndall National Institute and focused on the development of the core CMOS-compatible, low-light sensor which SensL has commercialized. Carl has over 50 publications and patents in the area of low-light sensors and he is a recognized leader in the area of solid-state silicon photomultipliers and photon-counting technology.
After completion of his research at the Tyndall National Institute in 2002, Carl founded Photon Detection Systems which carried out further development of his solid-state sensor technology and productizing of the core detector. Additionally, Photon Detection Systems provided detector module design for commercial OEM and research customers. In 2004, Carl realized that a significant commercial opportunity existed for the core low-light sensor technology and SensL was founded to exploit the opportunity. All of the technology from Photon Detection Systems was transferred into SensL at this time.

Wade Appelman, VP Marketing SensL
Wade joined SensL as VP of Sales and Marketing in January 2011 and is responsible for all customer and marketing activity on a worldwide basis. Wade has led sales and marketing efforts for five venture-backed startups with total exit valuations of $800 million. He launched Sitera (acquired by Vitesse), Zagros (Acquired by Altera), and Lightstorm Networks (Acquired by Broadcom), closing their first customers and most recently was VP of Sales and Marketing for material handling robotic pioneer Harvest Automation.
Wade has also served as VP of Marketing for two publically traded corporations including Cabletron Systems where he led product marketing for the $1B switch and routing division and Vitesse Semiconductor where he led product marketing and product management for the 500-employee Advanced Networking Products Division. He has a B.S. from Wagner College in New York, NY.

Join Pierre CAmbou from Yole Développement on AutoSens, September 20-22 in Brussels, Belgium – AGENDA – FLOOR PLAN – Ask for a meeting there

By keeping engineers very much at the heart of the event proceedings – content and discussion remains focused on real-life scenarios and taking practical steps in augmenting automotive sensing towards a longer term vision of autonomous driving and autonomous vehicles. We are an inclusive community, geared towards maximum participation and with the ultimate goal of improving road safety for drivers and other road users. More

Sheba Microsystems introduces an innovative pixel-shift imaging technology, the first of its kind in smartphones