Silicon photonics is now expanding beyond its traditional application, which is optical transceivers. In Yole Développement (Yole) latest report, Silicon Photonics 2021, it is estimated that the total silicon photonic market will reach $1.1B in 2026, up from $87M in 2020. Since 2015, the California, US, company Ayar Labs has developed a unique technology for optical interconnect. It enables fast, low power consumption connections between computing elements such as processing units, memory, and storage. In this interview, Ayar Labs tells us more about its technology, and its applications in various fields such as disaggregated datacenters, high performance computing, 5G connectivity, and avionics.

AD: Ayar Labs has developed a unique technology enabling optical communication between computing chips. Could you tell us more about this technology?

Our TeraPHY™ chiplet is the first monolithic, in-package optical I/O chiplet that eliminates bottlenecks in traditional copper-based systems. The combination of the TeraPHY optical I/O chiplet with SuperNova™, a ‘first of its kind’ multi-wavelength optical source, delivers up to 1000x bandwidth density at 1/10th the power of a standard electrical I/O. It enables Application Specific Integrated Circuits (ASICs) to communicate with each other across a wide range of distances, from millimeters up to two kilometers.

AD: What are the key technologies and building blocks that enable Ayar Labs achievements? 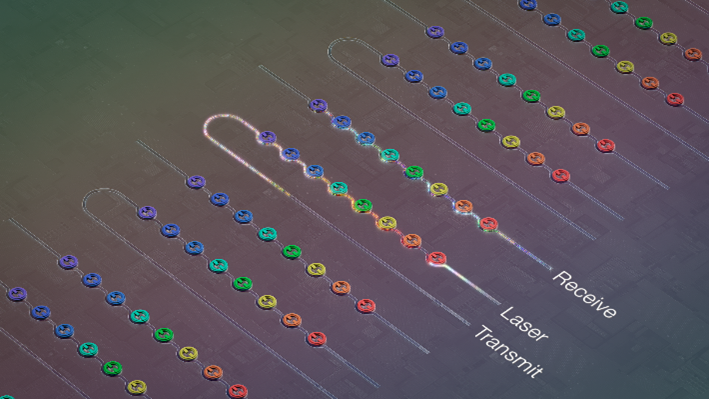 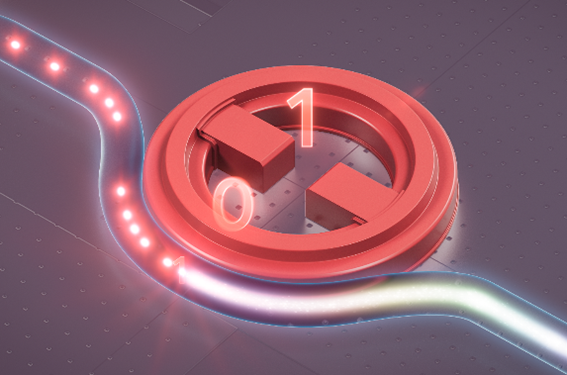 Our SuperNova product is the industry’s first multi-wavelength, multi-port optical source with 64 wavelengths. It offers eight times the number of wavelengths compared to today’s commercially available pluggable products. The SuperNova is also the first product compliant with the optical source specifications of the CW-WDM Multi Source Agreement (MSA).

AD: Ayar Labs is a core member of the CW-WDM MSA. Could you tell us more about this organization? What will the impact of the organization be?

HS: The CW-WDM MSA was formed to standardize WDM CW sources in the O-band (1260-1360 nm) for emerging advanced integrated optics applications that are expected to move to 8, 16, and 32 wavelengths. Such higher wavelength counts are needed for emerging applications such as silicon photonics (SiPh)-based high-density co-packaged optics, optical computing, and Artificial Intelligence (AI), and enable a leap in performance, efficiency, cost, and bandwidth scaling compared with previous technology generations.
The MSA now has over 45 members, including companies such as AMD, II-VI Incorporated, HPE, Intel Corporation, Lumentum, MACOM, Quintessent, and Sumitomo Electric.

In June, the MSA released its first specification for 8, 16, and 32 wavelength optical sources. Laser sources are the critical component in optical communications and having an agreed set of grids creates great opportunities for transceiver and laser suppliers to develop innovative products.

AD: Could you describe the applications that are covered by the optical interconnect technology developed by Ayar Labs?

AD: Since the demonstration of optical communication in the 1960s by Charles Kao, it has expanded into many communication markets. The technology developed by Ayar Labs is expected to be a key for disaggregated datacenters. Could you elaborate more on this application? What is the expected timeline of this technology?

HS: So, in addition to the evolutionary benefits that optical I/O brings to system design, enabling better performance and power, it also enables an entire new class of system designs with disaggregation and pooling.
Disaggregated architectures decouple processors from memory, accelerators, and storage to enable flexible and dynamic resource allocation, depending on the mixture of tasks and applications. Disaggregated architectures increase flexibility and performance, enabling quick and dynamic construction of customized node configurations. It also extends the economic benefits of Moore’s law by allowing the pooling of resources that in aggregate provide improved performance scaling at the system level. Lastly it improves costs. It lowers Capital Expenditure (CapEx) by allowing datacenter operators to upgrade different portions of their systems independently from each other and Operating Expenditure (OpEx) in the form of power/cooling through the use of pooled/shared memory.
Partially disaggregated systems are already deployed by large hyperscalers, with memory being one of the key remaining components tied to the CPU. We expect the first systems with pooled and shared memory to be deployed in the next two years.

HS: During the OFC conference in June, we had two ‘industry first’ announcements. We successfully demonstrated the industry’s first Terabit per second WDM optical link with our TeraPHY™ optical I/O chiplet and SuperNova™ multi-wavelength optical source. The demonstration showed a fully functional TeraPHY chiplet with eight optical ports running error-free without Forward Error Correction (FEC) for a total bandwidth of 1.024 Tbps and at less than 5 pJ/bit energy efficiency. This was a major milestone in providing optical connectivity to meet the ever-growing bandwidth needs of data-intensive applications, low power interconnects, and new innovative heterogeneous and disaggregated system architectures.
We also demonstrated the industry’s first multi-wavelength, multi-port optical source with 64 addressable wavelengths. It offers eight times the number of wavelengths compared to today’s commercially available pluggable products. The SuperNova is also the first product compliant with the optical source specifications of the CW-WDM MSA. The multi-wavelength source leverages laser technology from MACOM, a leading supplier of lasers and optoelectronics for telecommunications and data center applications.
In September, we also demonstrated our SuperNova light source operating across eight laser ports with eight wavelengths per port up to 100°C. This ultra-wide operating temperature range provides ultimate flexibility in how and where customers can deploy our laser solution.

Hugo Saleh is the Senior Vice President of Business Development and Marketing at Ayar Labs, responsible for the company’s world-wide commercial operations. He is also the Managing Director of Ayar Labs UK LTD. Prior to joining Ayar Labs in 2019, Hugo spent nearly 20 years at Intel where he held a number of leadership business and technical roles, with over a decade focused on High Performance Computing (HPC) and ML/AI within Intel’s Datacenter Group.

Alexis Debray, Ph.D., is a Senior Analyst at Yole Développement (Yole), dedicated to the production of technology & market reports and custom consulting projects in the fields of Photonics, Sensing, and Semiconductors.
Before joining Yole, Alexis spent 17 years in Japan. He worked for 2 years developing expertise in MEMS technologies and then for 15 years at Canon Inc. as a research engineer, where he contributed to numerous developmental projects focused on MEMS devices, lingual prehension, and terahertz imaging devices.
Alexis is the author of various scientific publications and patents. He graduated from ENSICAEN (France) and was awarded a Ph.D. in applied acoustics.

Silicon Photonics 2021
Beyond communication, silicon photonics is penetrating consumer and automotive – heading to $1.1B in 2026.

Status of the Power Electronics Industry 2021

Lithography is essential for advanced packaging – An interview with Visitech