Sample preparation is currently one of the major challenges of in-vitro diagnostics, and single cell isolation is not an exception.

Identifying differences between individual cells amongst an entire population provides an understanding of the population’s heterogeneity and behavior. Unlike the global analysis of a collection of cells, in which only the average properties are considered, single cell analysis enables the identification of small but critical changes from one cell to another within the same sample. However, in order to achieve single cell analysis, several challenging functions must be performed: cell sorting, cell isolation, cell lysis and purification. Yole Développement went deeper into this market and technology trends in its recent report “Sample Preparation Automation Through Emerging Microfluidic Technologies”.

Yole Développement (Yole): Could you briefly introduce Sphere Fluidics and its history?

Frank Craig (FC): Sphere Fluidics (SF) is an established Life Sciences Tools spin-off company from the University of Cambridge, focused on single cell analysis. Our strategy is to develop industrial systems that enable rapid, ultra-high-throughput discovery of therapeutics from single cells (e.g. our Cyto-Mine® system). We are targeting addressable markets worth over £1B per annum. Our top priority market is biopharmaceutical discovery and development.

We have 54 patents and two trademarks, created with over £12M in grants and funding. We’ve raised £4M in funding to date, and have just completed another circa £5M in the first close of a new investment round, with more funding already in the pipeline.

Having commenced collaborative projects exploiting novel biochips and workflows enabling for the pharmaceutical industry, our focus has turned to the development of single cell analysis systems. Two years ago, when we realized our picodroplet technology worked well for complex single cell workflows, we conversed with the major players in our industry in order to define their needs linked to single cell analysis. Our development program started in February 2015 and the alpha Cyto-Mine® system became available in October 2015. We have multiple collaborations and technology access programs running, and our beta Cyto-Mine® system will be available in November 2016. Several pharma partners and research centers are currently testing the alpha platform.

Yole: What are your company’s key competencies and added values?

FC: Though our original goal was to provide R&D services, we’ve evolved to develop a hugely valuable industrial system. Based on these technologies, we created Cyto-Mine®:a desktop system which used a module that integrates four biochips into one disposable sterile package named a Cyto-Cartridge™. We do single-cell preparation, analysis, and dispensing of each single cell hit into individual wells of a microtitre plate. This is extremely important for pharma companies that struggle to isolate single cells
The Cyto-Mine® system itself is a Single Cell Analysis & Monoclonality Assurance System: single cell analysis, cloning, and isolation techniques are critical for biopharmaceutical discovery and development. Conventional techniques offer partial solutions by performing some of the following: high-throughput screening, protein secretion assays, rapid cell sorting, single cell dispensing to microplates and monoclonality verification. Cyto-Mine® will be the world’s first integrated device specifically designed to automatically perform all of these functions in a single system, at a lower cost and with low shear stress ensuring better recovery of cells. 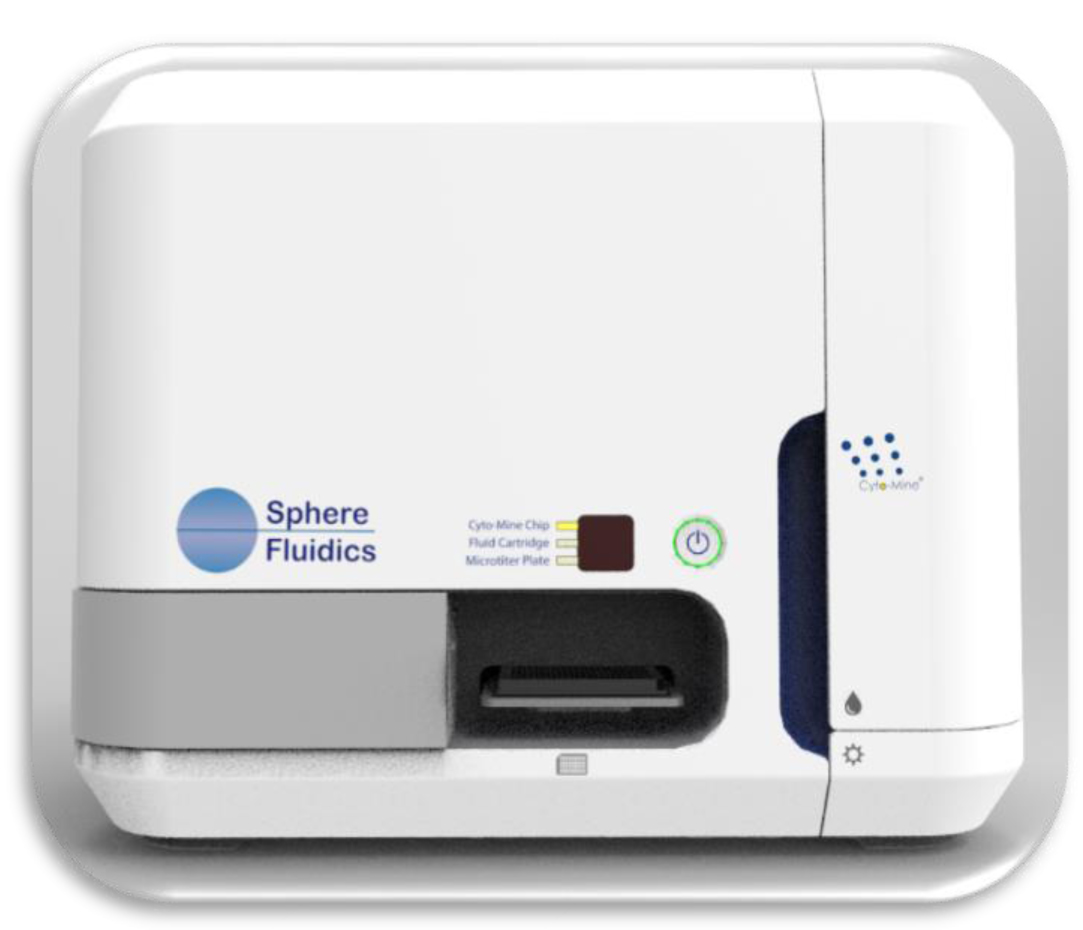 FC: We still have some ongoing R&D collaborations, but our company’s growth is focusing more on developing and selling single-cell preparation and analysis equipment. The disposable Cyto-Cartridge™ (10cm x 8cm) was designed by SF and Sony DADC Life Sciences and is being manufactured by the latter. The cartridge allows us to scan 1M cells in a few hours, with a price per Cyto-Cartridge™ of around eight hundred dollars, providing around 50-fold cost savings compared to conventional techniques. 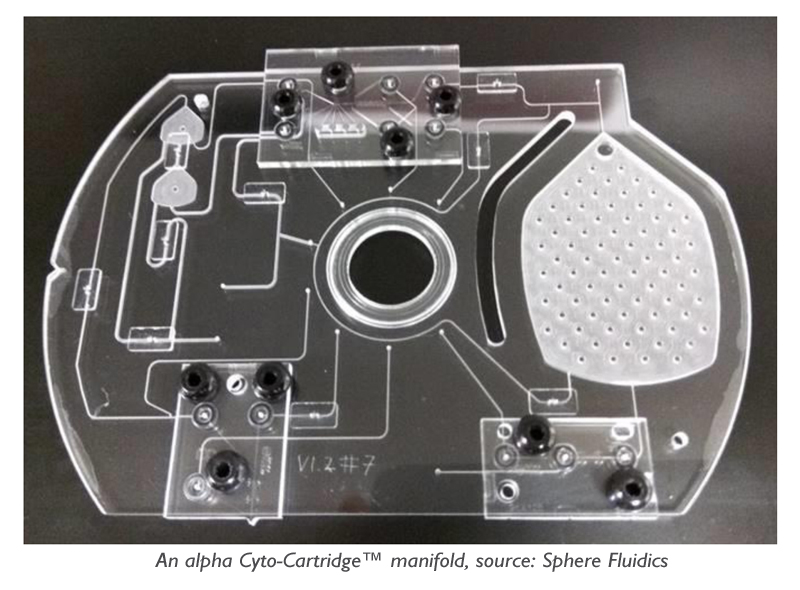 The Cyto-Mine® system is being designed by TTP and SF.

Yole: Single cell analysis is a rapidly evolving field with numerous potential applications (including drug discovery, toxicology assays, bioproduction, and screening) across different markets like biopharma, biodiseases, genomics, and cosmetics. What are the advantages of working at a single cell level?

FC: Single cells provides more information as they generate improved statistics. It allows us to show heterogeneity among a cell population. To be clear, this approach is complementary to tissue-based and cell population studies: for such analyses, you do need a cell population to understand the interactions between cells. With our Cyto-Mine® system, we’re targeting five markets and applications with potentially 2,000 users worldwide. These include:

Yole: When dealing with single cells, the main hurdle is to capture, isolate, and protect the cell of interest. What are the benefits of microfluidic technologies over reference solutions like FACS for single cell sample preparation?

FC: Microfluidics is the ideal platform for single cell processing. Being able to engage in volume production with a low-priced, complex Cyto-Cartridge™, is a significant benefit that’s been derived from 10+ years of European R&D.
Microfluidics also brings significant cost savings. Today, a single-cell experiment costs $30k – $50k with classic methods. Our method, with a $800 Cyto-Cartridge™, is significantly cheaper. Plus, the disposability avoids contamination issues.

Yole: In your opinion, what are the remaining barriers to be overcome before we see wide adoption of microfluidics in the single cell sample prep process?

FC: Integrating 4 or more biochips into a Cyto-Cartridge™, is not easy for volume production, but we’ve now solved the main technology and manufacturing issues. As a small European company, the second big challenge for us is to properly address a world market. To do this effectively, we need to find the right partners. Our new cash injection will allow us to move faster on both the volume-production side, on business development and international sales distribution.

Globally, the need for high-performance single cell isolation methods has existed for years, but the technology hasn’t. Now that it’s here, we should observe an influx of new products from several providers this year, along with many new customers – enabling rapid growth of the market.

Even Illumina, a genomics leader, has recently realized that single cell analysis will be a huge market and one that they have now entered. For this reason, they recently announced a close strategic collaboration with Bio-Rad (has high-performing droplet technology). 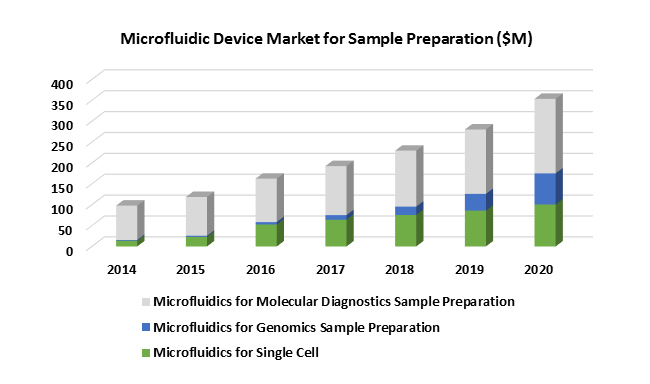 Yole: What can we expect from Sphere Fluidics over the next 12 months?

FC: This year we’re focused on launching Cyto-Mine®. We expect a 2x increase in sales, with a similar growth forecast for 2017. 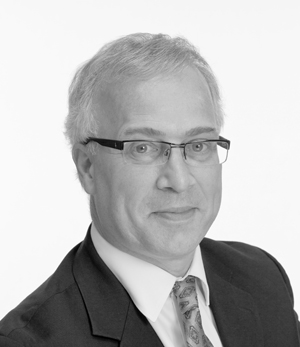 Dr Craig has around 20 years of international, general management experience gained from GlaxoSmithKline, Amersham Biosciences (as a Vice-President of R&D and which later merged to form GE Healthcare Life Sciences), and several start-up firms. He was responsible for driving the product development of the widely known and utilised biological tool, Green Fluorescent Protein (first identified by the 2008 Nobel Prize Winners for Chemistry), as well as many other cell-based products, systems and services for the Life Sciences industry.

Frank was a co-Founder and Vice-President of Aurora Biosciences (San Diego, USA), which had a peak market cap. of £1.8 billion and was acquired by Vertex Pharmaceuticals for £420 million. He was also a co-Founder and CEO of Smart Holograms (Cambridge, UK), which was previously named as the UK’s Fastest Growing Company. Frank has raised around £27 million in Angel and Venture Capital investment, £25 million via an IPO on NASDAQ and has delivered many commercial partnerships with global Life Sciences and Energy firms, resulting in recorded deal values of £180 million. He has been a Board Director of Smart Holograms and TekCel (Hopkinton, USA), and helped form Sphere Fluidics before becoming its CEO in May 2010. He has a PhD in Cell Biology and Microbiology from Glasgow University and an MBA from Warwick Business School.

Meet Yole Développement analysts on LOAC Europe 2016, booth #13, the 15th and 16th of March in Madrid, Spain.
Our MedTech Market and Technolgy Analyst, Sebastien Clerc, will present the Microfluidics for Single-Cell Sample Preparation: Market & Technology, don’t miss it!
Ask for a meeting

As media partner at LOAC Europe, Yole Développement is pleased to make you benefit a 20% discount, using the following code during the registration process (to be entered at the checkout):
Code for Industry Registration: IND2016960
Code for Academic Registration: ACA2016561

€12M for new system for high-performance optics made in Jena