For several years, Obducat has worked to establish a universal solution that eliminates the problem of compatibility between materials used in the imprint process. With the newly developed technology, Obducat can coat the intermediate polymer stamp, called IPS®, with a very thin layer of anti-stick molecules to ensure a pattern resolution at the nanometer level while at the same time achieving the desired anti-stick properties. The technology is based on a unique CVD (Chemical Vapor Deposition) process that is performed at low vacuum enabling a short process cycle that is specially targeted for implementation in high volume manufacturing. The CVD unit is fully integrated into the NIL system where the IPS® is handled automatically in an R-2-R (Roll-to-Roll) system. Furthermore, this also means that the CVD solution has been possible to integrate with Obducat’s demolding system, which was recently granted a patent in the USA.

The many limitations that have been associated with a combination of different imprint materials are significantly reduced with the new technology. Clear advantages such as fewer defects, higher yield and an increased number of times an IPS can be used, contribute to lower production costs overall. The anti-stick technology has already been realized for Obducat’s fully automated Sindre system, as well as for the Eitre Large Substrate system. It is a technological advance that enables the industrialization, especially in the case of imprints on large substrate surfaces, as the necessary demolding force is significantly reduced.

” This is a very important milestone we have managed to complete. Being able to do in-line anti-stick treatment of the IPS is a crucial factor in moving NIL into industrial mass production. Most of the applications the company focuses on, that have the potential to reach large production volumes, can directly benefit from this technological advancement. An application area that is highly relevant presently is bio- and medical devices, but also the next generation of optical and photonic devices such as AR products (Augmented Reality) requiring the need for imprinting of complex nanostructures on larger substrates – something that is significantly simplified with our new technology.”, says Patrik Lundström, Chairman of Obducat.

Obducat has already completed the first Eitre Large Substrate system with integrated CVD process, an order that the company communicated in the year-end report in February 2019 and has received factory approval from the customer. Installation of systems at the customer will be carried out as soon as the travel restrictions allow. 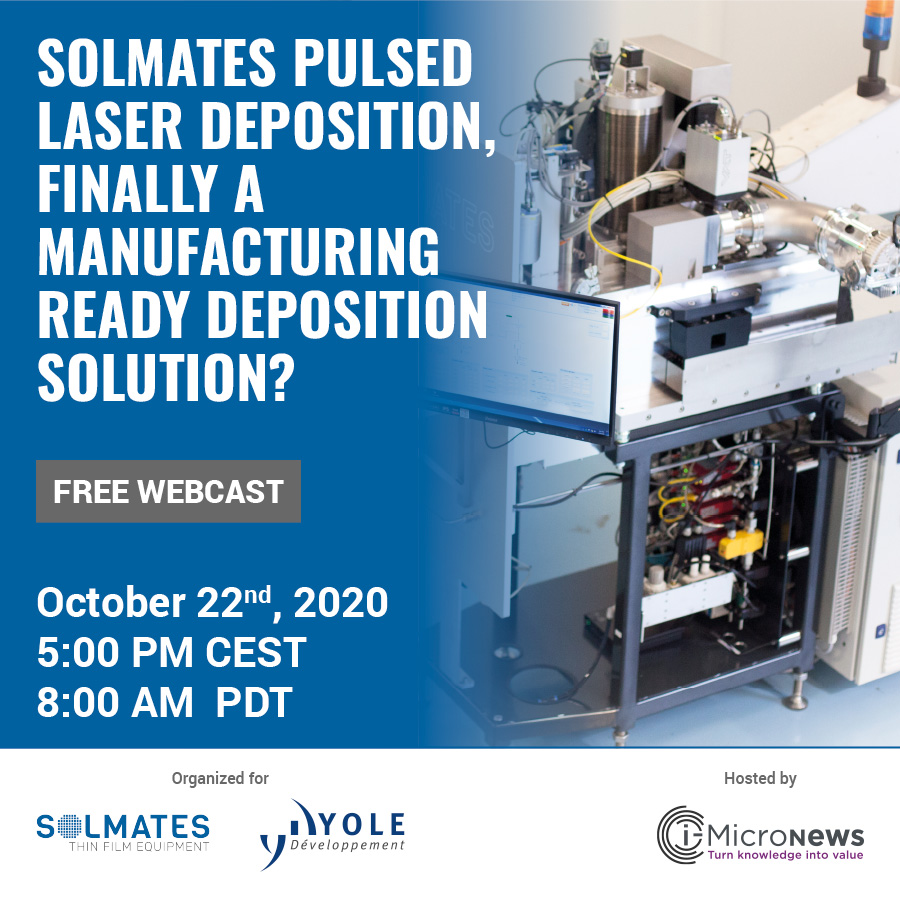