Last week, Phoenix, US, based semiconductor giant ON Semiconductor acquired SensL, an Irish startup that Yole Développement (Yole) has been following for a few years. After the release of our latest reports, “Sensors for robotic vehicles 2018” and “Lidar for automotive and industrial applications 2018”, Yole can clearly state that this is excellent news for ON Semiconductor. Its image sensor division’s automotive sales are growing, with Yole estimating that they accounted for 48% of the division’s $768M sales in 2017.

ON Semiconductor’s automotive image sensors are a success story that few had envisioned when the company acquired Aptina in 2014. At that time Aptina’s foundry partner LFoundry was actually shutting down its Rousset, France, fab. Now, LFoundry has recently been acquired by Shanghai, China’s Semiconductor Manufacturing International Corporation (SMIC) and is in search of capacity, with output from its Avezzano, Italy, fab increasing. From Yole’s calculations, wafer production there should be in the range of 300,000 8” wafers per year for its key customer, while the fab’s capacity is 480,000 wafers per year. Meanwhile, ON Semiconductor has actually grown its automotive image sensor business at a 55% compound annual growth rate (CAGR) in the last six years. This tremendous growth shows the value it was able to leverage in buying Aptina. 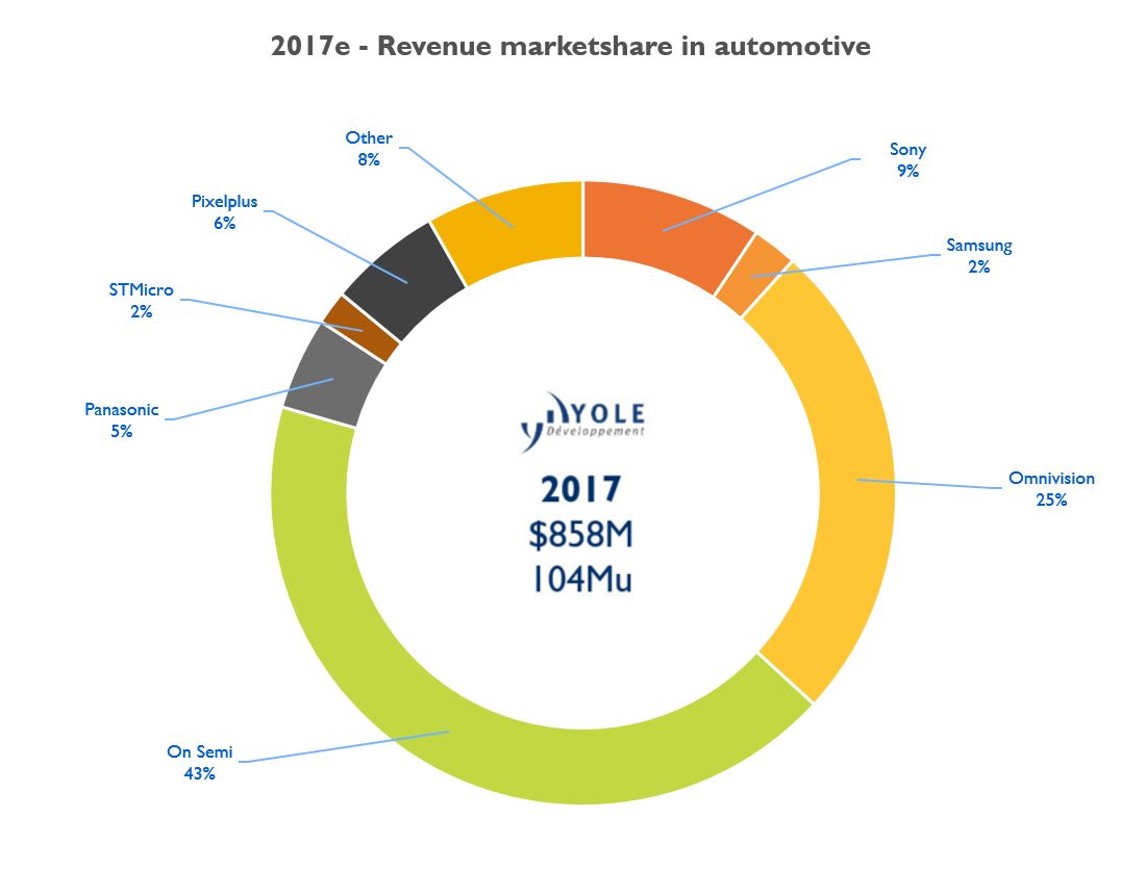 The automotive image sensor story is not just good operational strategy from ON Semiconductor, it is also the story of an ecosystem. It started when Intel-Mobileye chose ON Semiconductor’s sensors for its advanced driver assistance system (ADAS) product offering, which gave an extra boost to its automotive credibility. ADAS is only one fifth of the story, as ON Semiconductor’s sensors also ended up in automotive ‘surround cameras’. The dynamics of the automotive market have been stirred up by the excitement about technology. Here we are forced to mention the flashing billboard that is Tesla, even though it has been mostly Nissan, Ford, Volkswagen and Volvo cars driving the sales of automotive image sensors. In that context, ON Semiconductor announced at the beginning of 2018 that it was chosen by the Baidu Apollo autonomous driving (AD) platform. As Yole has pointed out its latest report “Sensors for robotic vehicles 2018”, this is another key aspect of the AD market. The technology forces ON Semiconductor unleashes on the industrial market will undoubtedly be a major asset in conquering this market development. But there was still a missing piece in the AD puzzle. 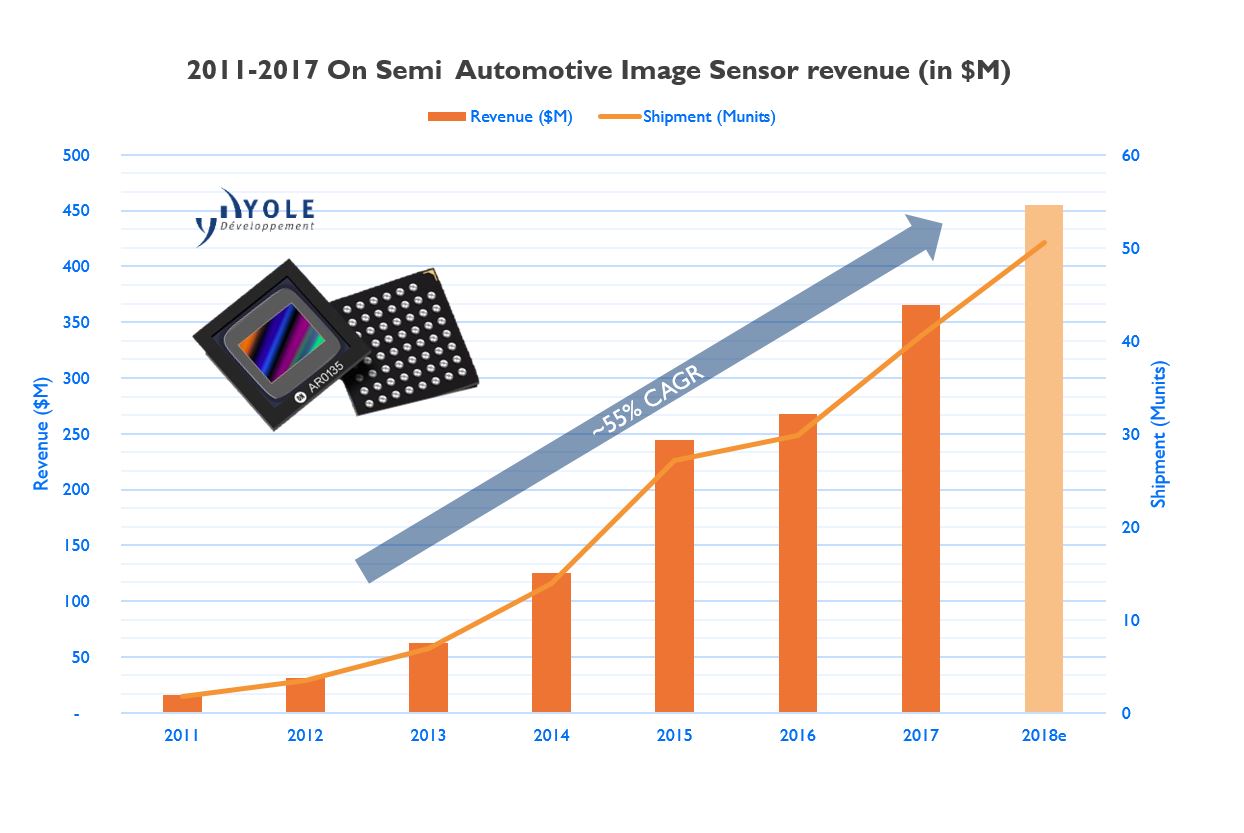 Anyone seriously considering full autonomy today needs lidar imaging, and therefore Yole has just published its report “Lidar for automotive and industrial applications 2018”. The receiving chips are increasingly the center of focus as a transition from avalanche photodiodes (APDs) to silicon photomultipliers (SiPMs) is about to disrupt the industry. This is where the SensL acquisition comes into play. Other vendors like Hamamatsu, STMicroelectronics, and ams have access to the single photon avalanche photodiode (SPAD) technology, which is the building block for SiPM, but they are probably missing a good automotive market path. ON Semiconductor is the perfect match for SensL, as it will provide automotive credentials and operational certainty at the right time. Usually such acquisitions are needed when a major player wants to invest the technology, so it should not be long before we see some resulting lidars on our roads. Here at Yole, we will be sure to keep you informed. 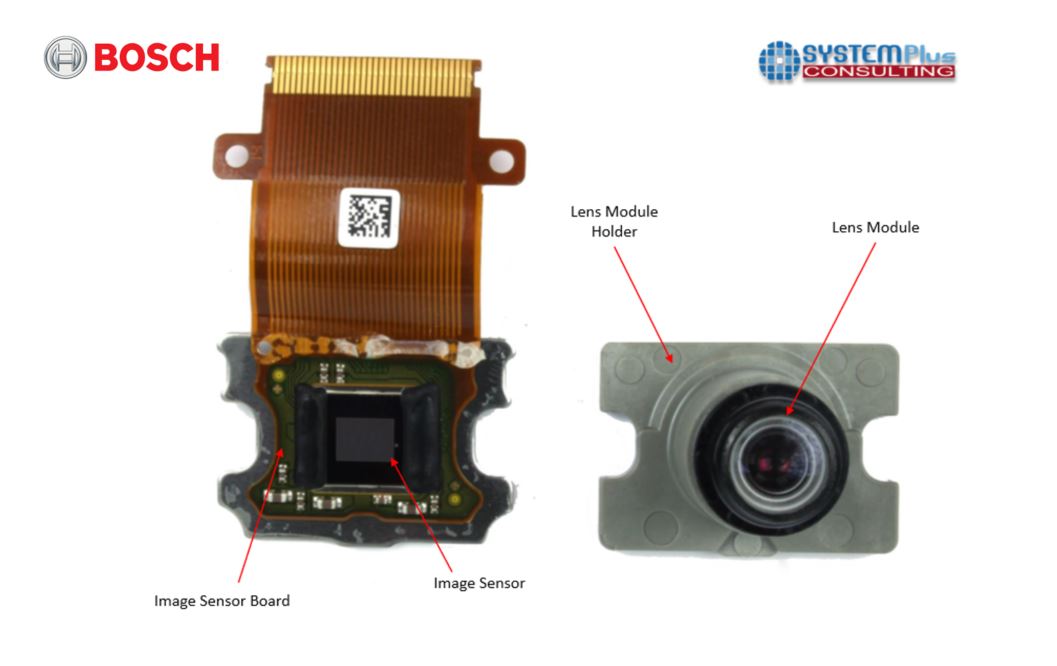 Pierre Cambou joined the imaging industry in 1999. Following an engineering degree from Université de Technologie de Compiègne in parallel to a master of science from Virginia Tech in 1998, as well as graduating from Grenoble Ecole de Management’s MBA, Cambou took several positions at Thomson TCS, which became Atmel Grenoble in 2001 and e2v Semiconductors in 2006. In 2012 he founded Vence Innovation, now called Irlynx, in order to bring to market a disruptive man-to-machine interaction technology. He joined market research and strategy consulting company Yole Développement (Yole) as Principal Analyst, Technology & Market, Imaging in 2014, within the Photonics, Sensing & Display division.

LiDARs for Automotive and Industrial Applications 2018

Will automotive change the LiDAR market? Get more