SPTS extends its lead as the supplier of choice for the fastest growing format with multiple Sigma fxP PVD systems orders.

ORBOTECH announced that SPTS Technologies, an Orbotech company and supplier of advanced wafer processing solutions for the global semiconductor and related industries, has received orders totaling approximately $57 million in value for multiple Sigma fxP PVD systems from a global manufacturer of packaged die. 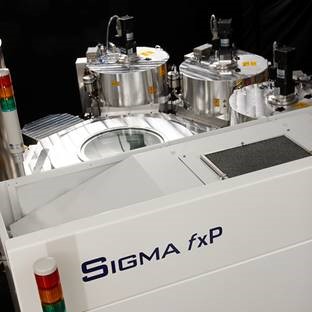 The systems will deposit under bump metals and redistribution layers (RDL) for Fan-Out Wafer Level Packaging (FOWLP) production. System deliveries and revenue recognition are expected to commence in the fourth quarter of 2015 and continue throughout the first half of 2016. Orbotech’s fourth quarter and full year 2015 revenue guidance included the initial revenues expected to be recognized from these orders during this period.

According to a report entitled “Fan-Out WLP Forecast: Update 09/2015” published by research firm Yole Développement in September 2015, the launch of TSMC’s InFO format is expected to increase industry packaging revenues for FOWLP from $240M in 2015 to $2.4B in 2020. With a projected 54% CAGR, Yole expects FOWLP to be the fastest growing advanced packaging technology in the semiconductor industry. The burgeoning market for thinner smart phones, tablets, wearable devices and Internet of Things (IoT) connected consumer goods has created a significant need for this cost-effective high density format. There are numerous FOWLP platforms in or near production from many companies including eWLB (STATS ChipPAC, NANIUM and ASE), SLIM & SWIFT (Amkor), InFO (TSMC) and RCP (Freescale). As part of Orbotech, with its multiple touch points throughout diverse electronics manufacturing environments, SPTS plays a key role in FOWLP advanced packaging solutions with numerous customer installations.

“This groundbreaking multi-PVD system order, the first from any semiconductor manufacturing company for FOWLP, is a ‎milestone moment for advanced packaging,” said Mr. Kevin Crofton, President of SPTS and Corporate Vice President at Orbotech. “It marks the beginning of an industry-wide transition of FOWLP from a niche packaging technique for small devices such as RFID and power management ICs to mainstream architecture for high value chips. We expect FOWLP to become the leading low cost, high density packaging format.”

This order reinforces advanced packaging as SPTS’ most important growth driver. During 2015, the company has received multiple new technology orders from packaging fabs for a range of applications including plasma dicing for frame-supported wafers, through-silicon via etch and deposition for 3DWLP and TSV reveal and passivation as announced by imec on July 14, 2015.

About Orbotech
Orbotech is a global innovator of enabling technologies used in the manufacture of the world’s most sophisticated consumer and industrial products throughout the electronics and adjacent industries. The company is a leading provider of yield enhancement and production solutions for electronics reading, writing and connecting, used by manufacturers of printed circuit boards, flat panel displays, advanced packaging, micro-electro-mechanical systems and other electronic components. Virtually every electronic device in the world is produced using Orbotech systems. For more information, visit http://www.orbotech.com/.

Radar sensing, serving more use cases than you think