This sub-6’’ market strength can be linked to 1) a “good enough” device performance/fabrication cost-per-die ratio so that large CAPEX and risky process changes cannot always be fully justified. This “good enough” concept is important and is a strong driver in the use of small-dimension wafers. 2) There are strong drivers for materials such as power for SiC and datacom for InP. The case of sapphire is particularly interesting, and the competitive landscape has changed tremendously after a price collapse, with only a handful of players serving a high-volume yet saturated LED market. However, the microLED market could significantly increase demand by 2023, especially in the 6’’ range. MicroLEDs could also propel the GaAs wafer market, particularly for red pixels – but unlike sapphire, GaAs does not solely rely on the LED market. Indeed, there is a strong forecasted demand for 3D sensing applications, causing GaAs to grow with a CAGR of no less than 8% 2019 – 2025. Overall, new applications and needs are driving evolutions in wafer diameters, by material and by application. 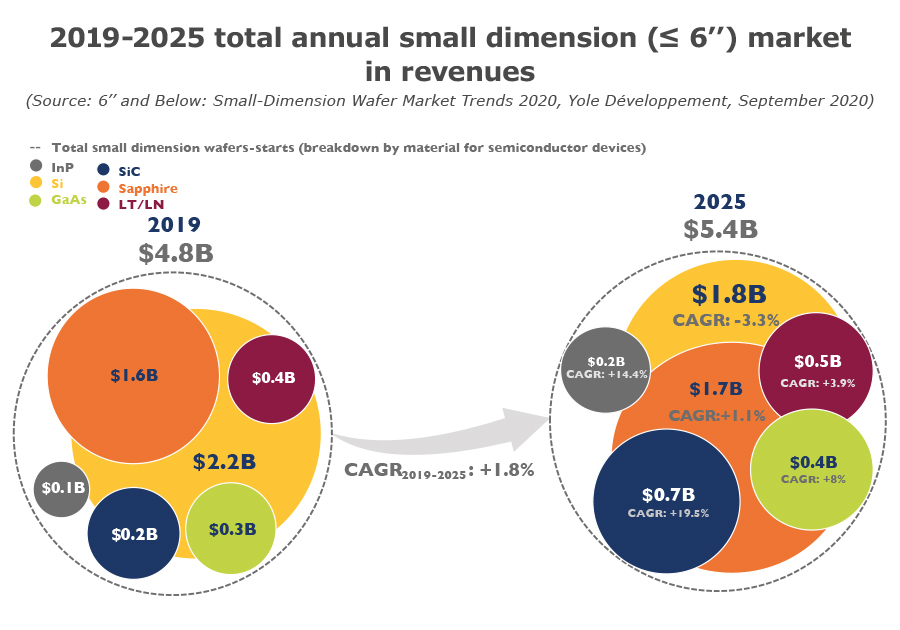 Wafer material (ingots and/or wafers) market players tend to be specialized and concentrated on one or two material types. This is especially the case for SiC, sapphire, GaAs, and InP. Interestingly, large Si players (by volume) such as SK siltron have started moving to the SiC market, and we could soon see more such moves. SiC is strongly emerging in the small wafer-size markets – indeed, large financial investments (especially from the power electronics industry) are driving SiC to the 6’’ and even 8’’ diameter range, with new dedicated 8’’ SiC fabs being built. This scaling-up is driven mostly by the need to further reduce wafer cost per square inch, which is still substantially higher for SiC than “traditional” Si wafers. Similarly, GaAs and InP are also limited by the material cost itself. Even though the transitions from 2’’ to 3’’ (InP) and 4’’ to 6’’ (GaAs) are already underway, strong volumes remain on 2’’ (InP) and 4’’ (GaAs) for datacom and 3D sensing applications, respectively.

LT/LN wafers remain firmly anchored to the 5’’ – 6’’ wafer diameter for RF applications, with significant volumes attached. However, the GaN/Si combined with the Piezoelectric on Insulators (POI) approach often requires the use of 5’’ and 6’’ Si wafers in large volumes, and they have started gaining market share in the RF segment. In parallel, some wafer suppliers are increasingly proposing reclaim service in the well-established 8’’ and 12’’ Si wafer segments. Reclaim service is also growing in the 4’’- 6’’ range with the wider use of non-Si wafers (excluding sapphire), which are in general much more expensive than traditional Si wafers.

Interestingly, in a saturated sapphire wafer market, some players are looking for other business opportunities. For example, Hansel Technics (Korea) has started offering 8’’ and 12’’ Si reclaim wafers. However, there is no financial incentive to reclaim sub-8’’ Si and sapphire wafers. Incidentally, the sapphire market has become significantly concentrated around a few players such as Monocrystal (Russia). 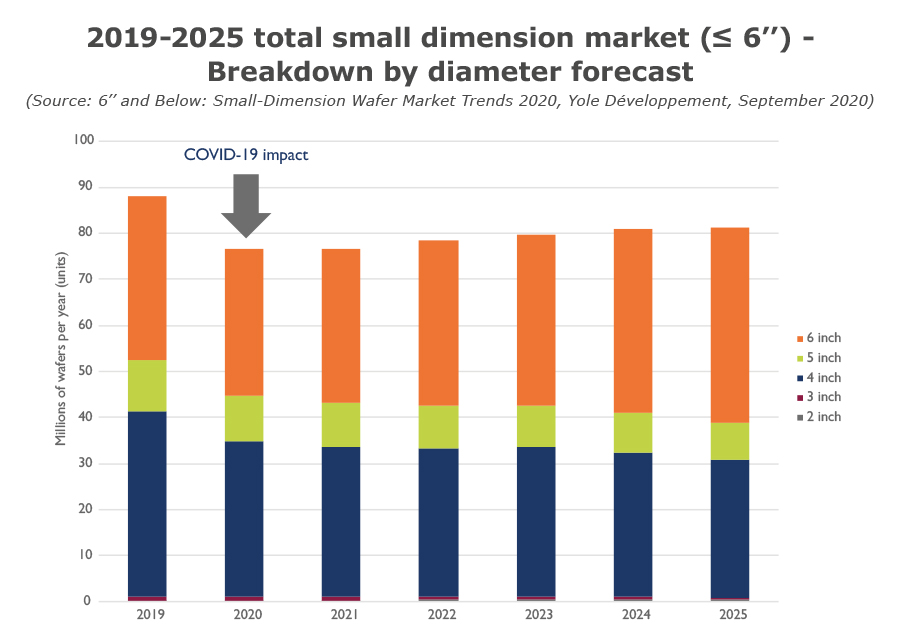 In parallel to mainstream semiconductor equipment there exists a vibrant refurbished equipment & maintenance market. This is significant and connected to the “fabs never die” trend. Less known is the existence of a market for depreciated fabs, which also represent tremendous opportunities to produce devices at low cost for any volume. For example, there is still significant demand for 6’’ Si wafers in standard power IGBT and MOSFET devices. Higher-end devices can then be fabricated in brand-new fabs (e.g. Bosch and Infineon in the power electronics industry, in the Si 300 mm range) which is also a way to secure future supplies and assert one’s dominance in the market.

A similar trend is at play in the SiC wafer manufacturing industry, with some major players moving quickly to 8’’ wafer diameter and securing their supply chain while leaving behind 6’’ (and even more so 4’’) wafer processing capacities. With the increased use of non-Si substrates, more and more players are offering specific processing equipment for a given material and/or are proposing equipment which can adapt to different materials and diameters, including 4’’ and 6’’. This equipment can be astutely used in fully depreciated sub-6’’ Si wafer fabs, creating opportunities for players small and large to offer a highly competitive device fabrication cost. Therefore, wafer fabs never die. 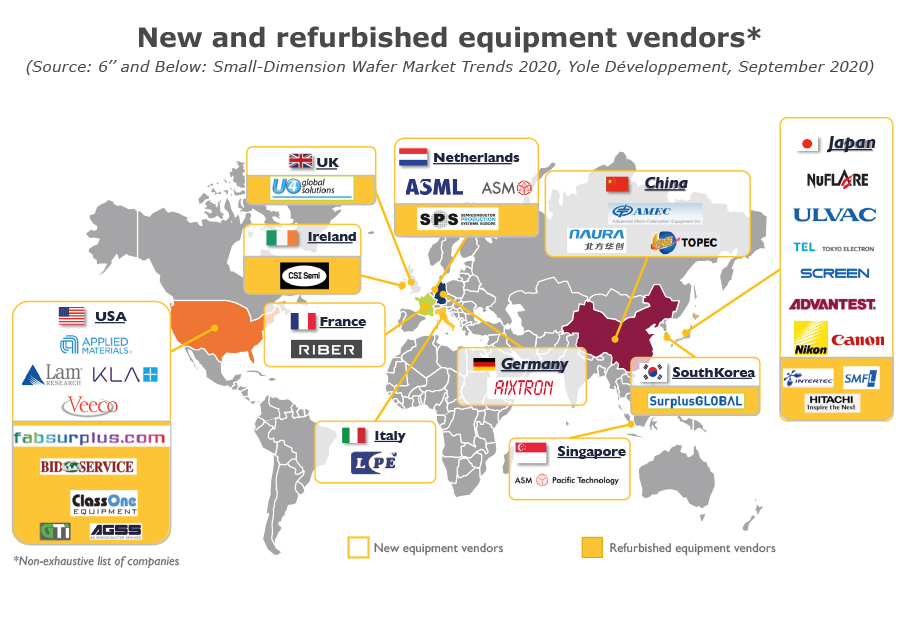