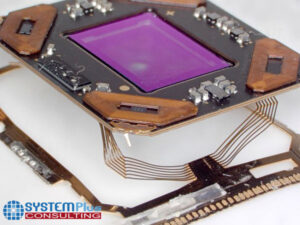 Apple has long been an innovation and market leader in the smartphone camera space.  Since the iPhone 6 Plus, Optical Image Stabilization (OIS) has played a key role in the iPhone cameras’ best-in-class performance by rapidly adjusting the optical path in real time to correct for the natural shaking of the user’s hands.  In the iPhone 12, Apple uses a dual-OIS design in which the Telephoto and Rear Main Camera Modules both use OIS technology.

Even though all the iPhone 12 variants were released around the same time, the iPhone 12 Pro Max can be considered a generation apart in terms of camera performance.  The main difference is the new OIS technology in the Rear Main Camera Module.  Whereas traditional OIS relies on shifting the lens barrel, Apple has for the first time miniaturized a sensor-shift OIS technology once used exclusively in expensive DSLR cameras. Shifting the lightweight, compact image sensor instead of the cumbersome lens barrel allows for more reactive and precise stabilization, resulting in an OIS system that can make up to 5,000 adjustments per second.  This technology also allows Apple to use the same OIS setup in all future cameras without needing to accommodate it to different lens configurations.

Our report uses optical, SEM, and x-ray imaging to analyze the three RGB camera modules comprising the rear camera of the iPhone 12 Pro Max. The front cameras are only briefly summarized since they are retained from previous iPhone generations. The Dot Projector and LiDar system have been covered in previous reports.

This technical analysis permitted a complete cost analysis of the entire camera, with details regarding the sensor manufacturing steps’ cost and assembly cost. 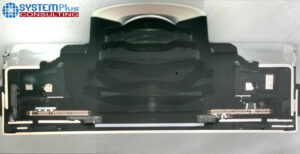 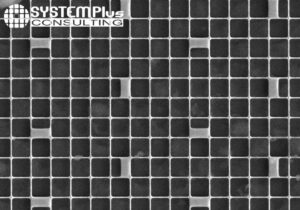 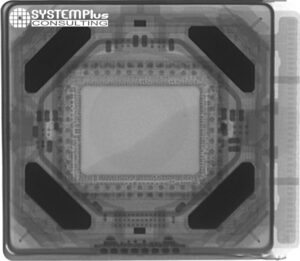 Physical Comparison with the S20 Ultra and P40 Pro

Cost Comparison with the S20 Ultra and P40 Pro