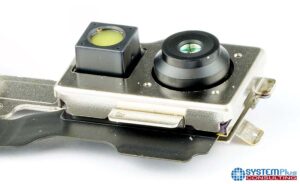 The Face ID system introduced in the iPhone X was the first structured light-based system in a smartphone and is considered by some to be Apple’s biggest innovation in recent years. Front-facing 3D smartphone sensing modules are now present in 14.6% of smartphones and consumer 3D imaging modules represent a $3.1B industry. The iPhone X was also an early pioneer of the notch, which allows top-to-bottom displays by using a cut-out for the front-facing camera. The iPhone 11 and 12 largely retained the front camera configuration from the iPhone X, but the iPhone 13 launched with a more compact system that allowed for a ~33% smaller notch.
This full reverse costing study has been conducted to provide insights into technology data, the manufacturing cost and selling price of the Face ID module in the iPhone 13. We divide the system into eight parts: the module assembly, NIR CMOS image sensor, diffractive optical element, dot projector VCSEL, flood illuminator VCSEL, VCSEL driver, and two lens modules. Each part undergoes detailed physical analysis such as optical and electron microscopy, deprocessing, cross-sectional analysis, and energy-dispersive x-ray spectroscopy to determine the technologies and manufacturing processes involved. We then calculate the cost of each manufacturing step and present itemized fabrication and bill-of-material costs. This data is then used to calculate the total cost and estimate the selling price of the Face ID module.
In line with Apple’s usual strategy, the new system keeps many things the same while incrementally advancing some things and totally rethinking others. On the NIR detection side, Apple has retained the global shutter CIS from STMicroelectronics. The two VCSELs from Lumentum are significantly smaller than their predecessors, suggesting either that the previous generation’s VCSELs were over-spec’d or that the newly designed diffractive optical element is more efficient. The two VCSELs now share the same driver and the same optics, reducing both cost and space needs in the phone. The new single-module system has a 6 mm baseline distance between the emission and detection axes, which makes the notch reduction possible. All together, the new design results in a Face ID system that is significantly less costly to Apple.
We will present a technical and cost comparison with the previous generation Face ID system in the iPhone 12. 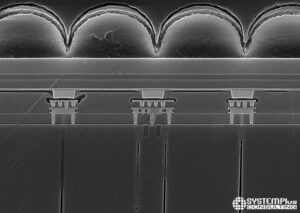 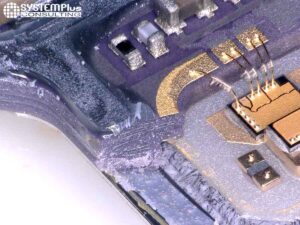 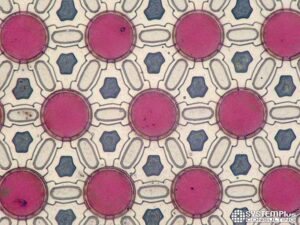 Comparison of Face ID Systems in iPhone 12 and 13