Artificial intelligence and mass surveillance are pushing the camera and computing market to $38B in revenue by 2025.

Provide a scenario for computing within the dynamics of the surveillance market and present an understanding of AI’s impact on the semiconductor industry:

Deliver an in-depth understanding of the ecosystem & players:

Over the past five years, China has invested heavily in building its mass surveillance system. The development of this “Skynet” network has greatly benefited native Chinese companies HiKVision and Dahua Technologies. In fact, they quickly became #1 and #2, respectively. Beyond China, European companies Axis and Bosch Security Systems have enjoyed tremendous success in the Western market (Europe, US). The total 2019 surveillance camera market exceeded $20B, and the effects of the trade war and the coronavirus were minimal. Indeed, the main market for the two Chinese giants is the country’s gigantic domestic market, where the virus has not triggered a decrease in demand for surveillance cameras, especially in the commercial and smart city segments. 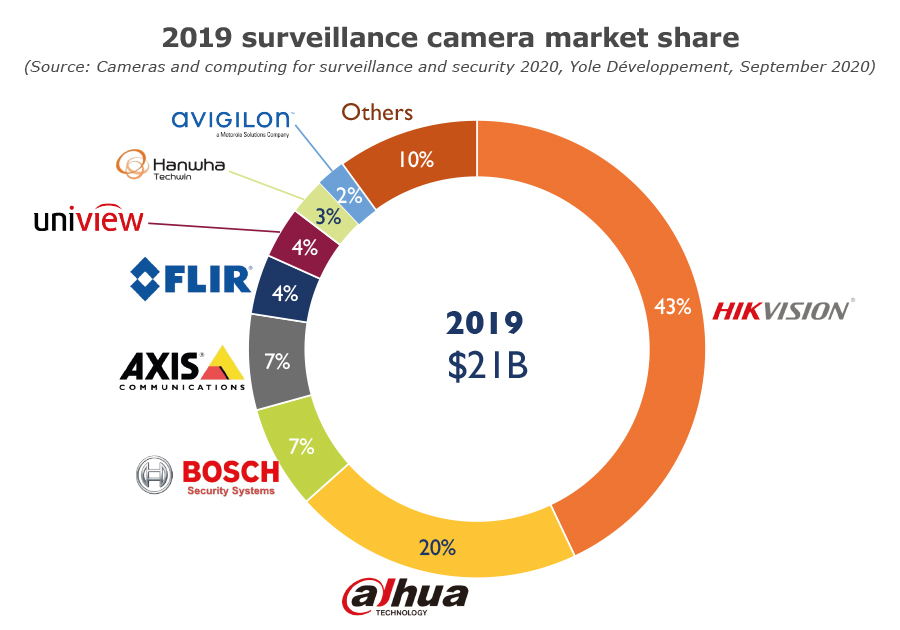 PROCESSING AND COMPUTING – OR, HOW TO RECOVER VALUE 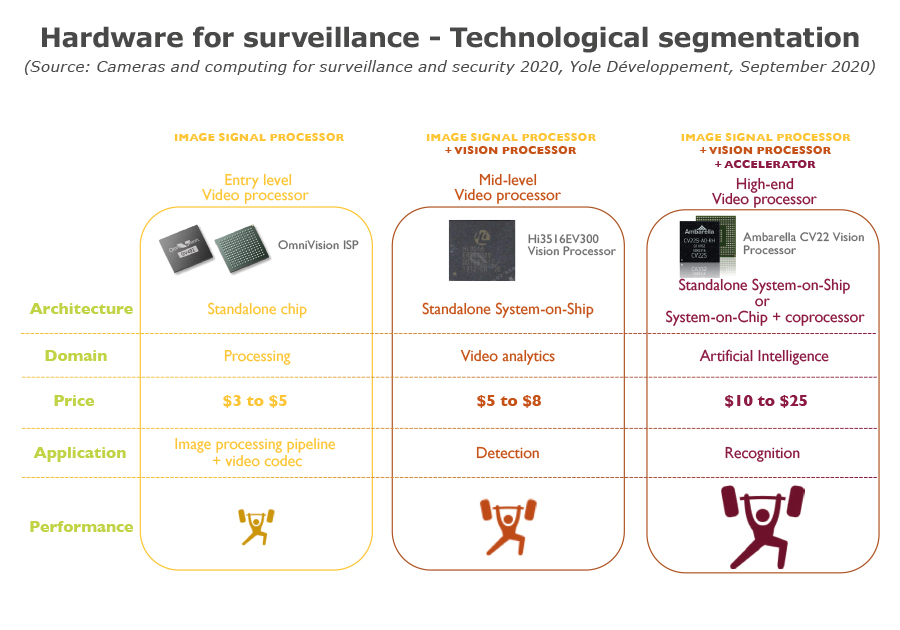 In this report, Yole Développement (Yole) analysts consider three different chip types, ranging from image processing to artificial intelligence, with increasing ASP. The first chip category includes video processors which transform the raw image (derived from the sensor) into an image interpretable by the human eye. This corresponds to the historical type of chip with a technology differentiation on the video codec implemented. The second type includes chips capable of analytics such as motion detection and heat map creation. The added value is not only to be able to handle higher resolution but to add some information or to give the availability to do some operations such as zoom. The third type integrates a unit capable of processing artificial intelligence (AI) algorithms requiring power and watts. In terms of shipments and revenue, Yole considers strong growth for the third chip type, representing 42% of shipments and 66% of revenue in 2025. The total surveillance-related chip market is estimated at $3.3B in 2025. 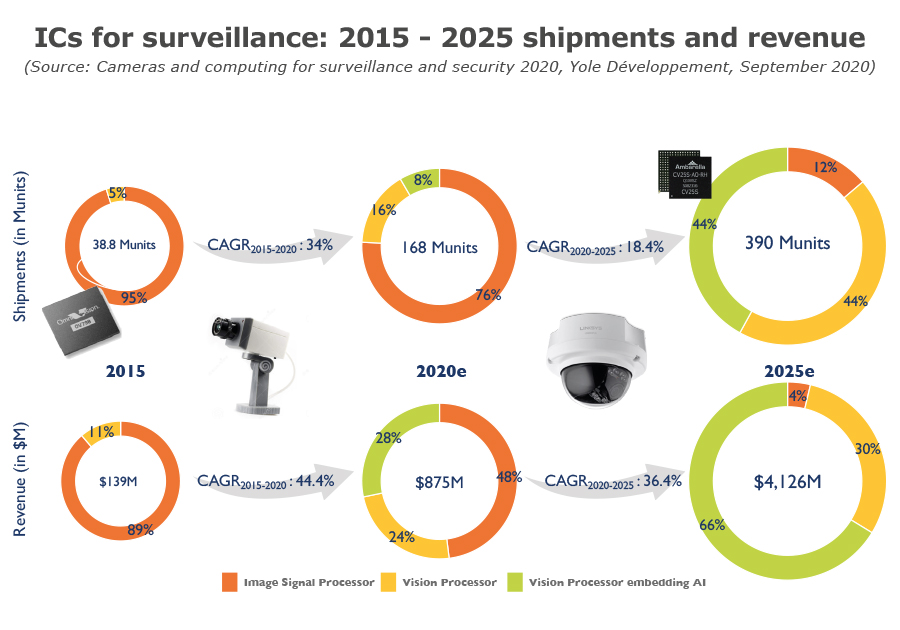 A RICH ECOSYSTEM FOR PROCESSING, TWO MAIN PLAYERS FOR COMPUTING, AND THE TRADE WAR’S IMPACT

The processing market is very fragmented with many different players, particularly in China, and it will remain stable. Indeed, as for image signal processors in other markets, we do not expect any changes in this vertical where the technology is well established and ASP very constant. Regarding the computing market, a Sino-American duel has unfolded between HiSilicon and Ambarella. AI has simplified computing chips to a level that only allows dedicated designs (accelerators) proposed by these two companies. Unlike in the camera market, the computing market can be impacted by the trade war because HiSilicon is banned by American authorities. What are the consequences? Who is best positioned to take the lead? This report details the two aspects of AI’s impact on the ecosystem and the trade war that can push Ambarella to the front. 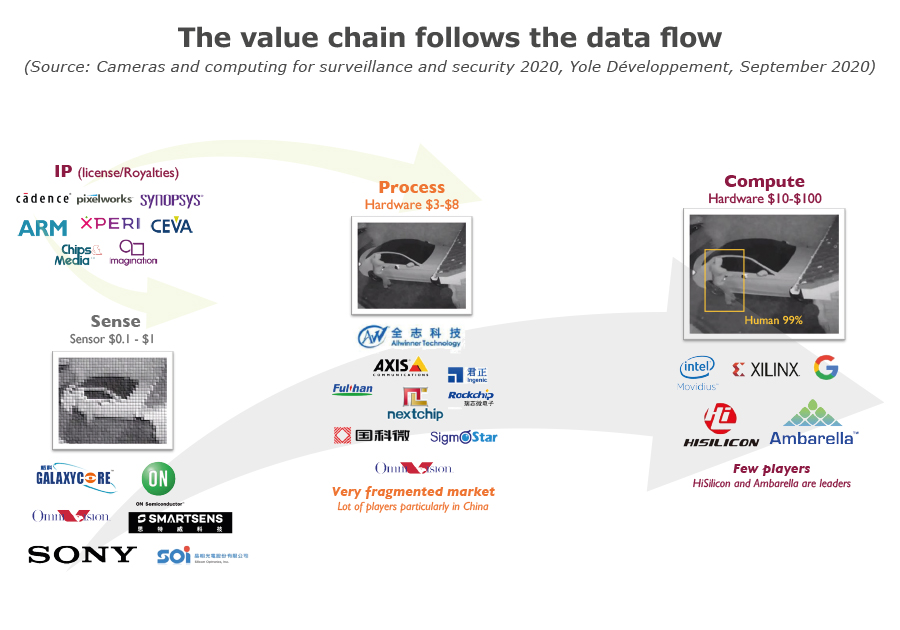