Quarterly analysis of the DRAM market, historical and forecast, including market pricing, supply data by producer, demand by end-market, plus much more

When the memory markets surpassed $160 billion in revenue in 2018 it would have been easy to believe that a new era had dawned on the notoriously volatile semiconductor segment. The last three years, however, have proven that the only certainty in the memory markets is uncertainty. Revenues collapsed in 2019 by more than 30% as prices fell by nearly 50% for both DRAM and NAND. As the COVID pandemic gripped the world in 2020 it seemed certain that the DRAM market would have continued its disastrous declines…yet it did not. Proving once again that they are volatile and fickle markets, both DRAM and NAND markets grew revenue in 2020, 28% and 6% respectively. 2021 proved to be another growth year for the DRAM market with revenue surging more than 40% to $94 billion – nearly an all-time high. As the world slowly puts COVID behind it, the DRAM market is poised to reach new heights, but the road to record revenue will surely be a bumpy one. 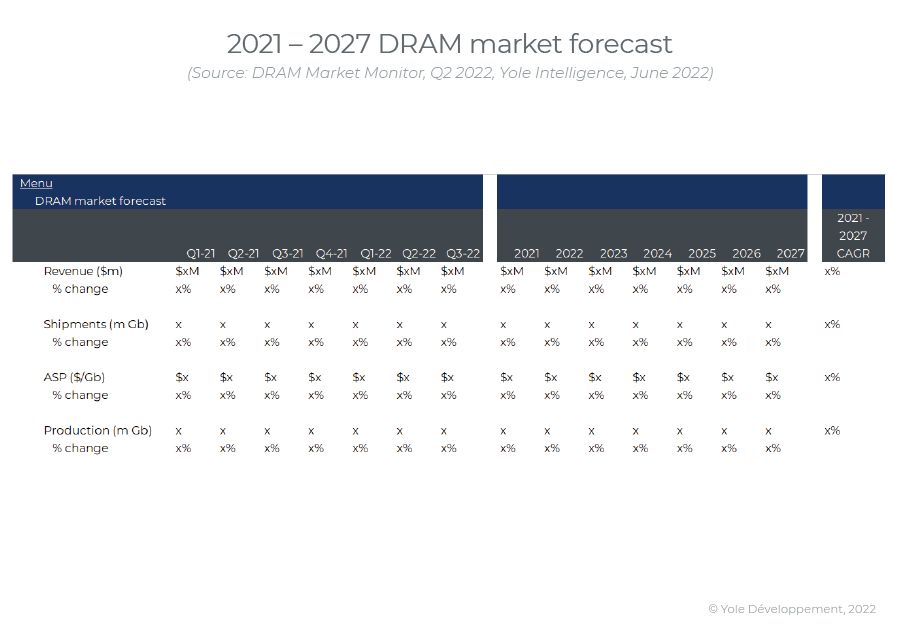 Compute is driving the global economy, and DRAM is the bottleneck for compute

Long-term DRAM demand will go as the demand for compute goes, and for the foreseeable future compute is likely to continue its rampant growth. Datacenter demand for DRAM is projected to grow at a compounded rate over 30% for the next five years, which will lift overall DRAM demand to over 20% annually over the same period. The intersection of AI, IoT, and 5G will be a massive tailwind to the demand for compute and thereby DRAM. 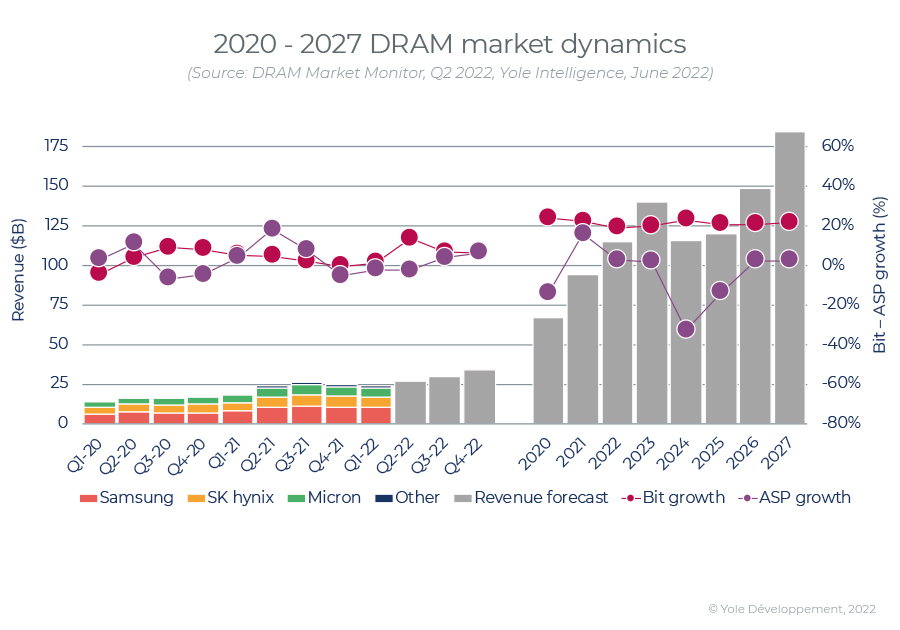 Consolidation has helped the DRAM industry remain profitable, but will China’s entrance end the stability?

The DRAM market consolidated down to three major players almost ten years ago. Since then, the industry has remained profitable. Capital intensity is increasing and the margins that DRAM suppliers earn are needed to invest in further technological development. As with the many other semiconductors, China is targeting DRAM for self-sufficiency. Will its entrance into the DRAM market wreck industry profitability or will it have limited impact? The next few years will likely give us the answer.
The DRAM market monitor service is here to help you track this incredibly dynamic market and synthesize these moving pieces into a coherent picture. 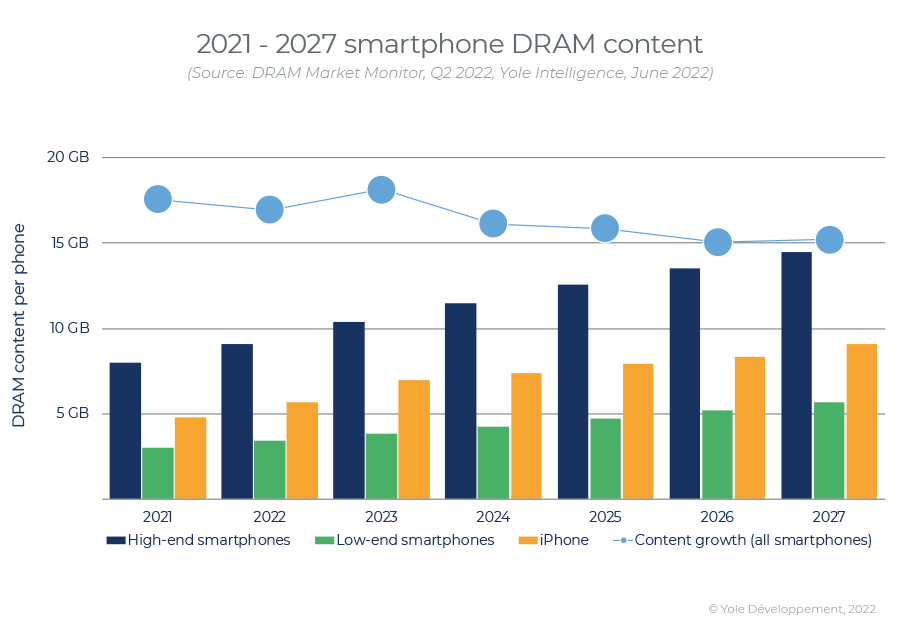