Silicon isn’t the perfect semiconductor, and with it currently being pushed to its limits, alternative platforms and compound semiconductors have emerged. The success stories include GaAs for RF and photonics applications, SiC for power and RF applications, GaN-on-sapphire for LEDs, and SOI for RF and CIS imaging sensors.

Starting with RF applications, there are numerous market drivers, including 5G for infrastructure and handsets, defense applications and civil automotive radar, and more. For example, 5G deploys MIMO, which is used in high-end 4G LTE phones. MIMO is obligatory for handsets, and more filters will be needed. Plus, better performance is required, which implies a big market opportunity for new materials.

Regarding the power electronics market, which is currently driven by the electrification of transportation, renewable energy, motor drive, and numerous power supply applications, enhanced device performance to reduce power consumption is a general trend that has created market opportunities for wide band gap materials like SiC.  Indeed, the SiC power device market is taking off, though the substrate remains expensive. Is there a place for other wide band gap and ultra-wide band gap semiconductors, like Ga2O3?

The photonics market, ranging from ultraviolet (UV) to the infrared (IR) spectrum, brings huge opportunities: from water purification and gas sensors, to infrared imagers. Since the wavelength is determined by the bandgap of the material (which is intrinsic to each material), different materials are being developed to push the wavelength towards shorter or longer regions. 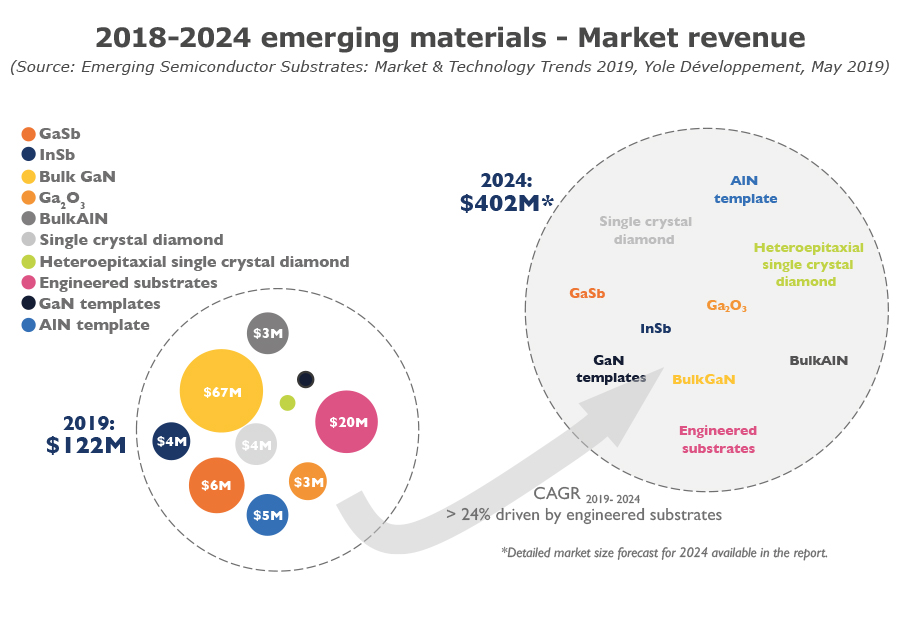 THERE ARE MANY DRIVERS FOR EMERGING MATERIALS 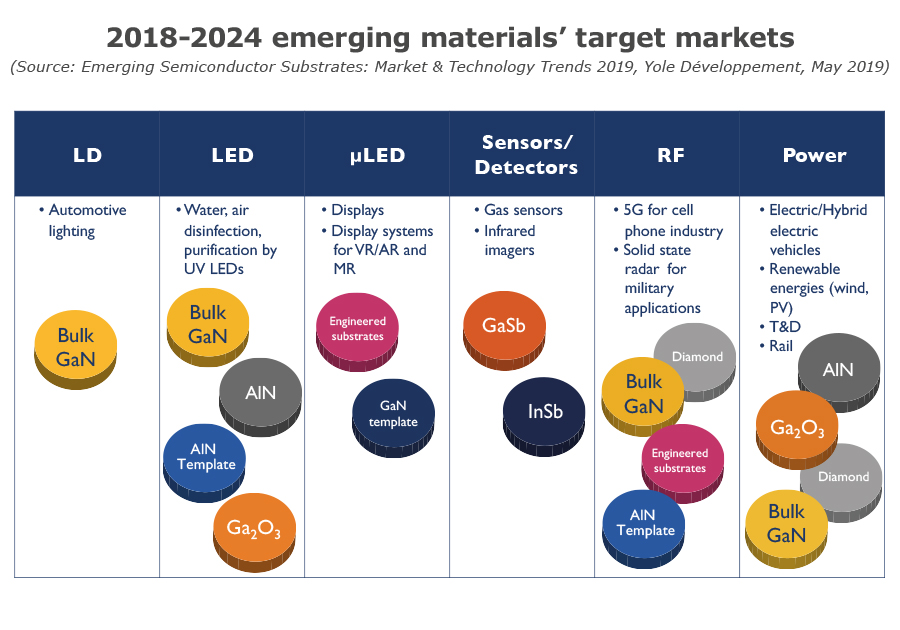 Researchers and engineers have plenty of ideas, and now the questions are, “Which emerging semiconductor substrate will be the next game-changer?” and “For which application”?

Starting with GaSb and InSb, laser diodes (LDs) and photodiodes (PDs) based on these materials are already deployed in performance-driven military applications. But this is not all. For example, IQE, a leading antimonide wafer and epiwafer supplier, is actively engaged with tier1 OEMs on new opportunities to migrate antimonide-based “see in the dark” IR technologies into consumer markets. Yole also sees that an emerging GaSb-based type-2-superlattice (T2SL) technology is being developed by several major detector players including FLIR, Semiconductor Devices, and IRnova. This technology is expected to penetrate into consumer applications, with ramp-up in the coming years.

Bulk GaN wafers have for many years been widely used for laser diode applications. Recently, researchers have explored their usage in power electronics and RF applications. We see a growing effort, led by Japanese players (ranging from materials suppliers to device suppliers like Toyoda Gosei), to make vertical GaN-on-GaN power devices happen. In the meantime, an ultra-wide band gap material (Ga2O3) is garnering increased attention. Wafers up to six inches have been demonstrated, with the promise of potentially lower cost than today’s SiC solutions. Future ramp-up will depend on technology/cost competition from other existing solutions.

Up to now we have considered bulk crystal materials, but they are not the whole story. Templates and engineered substrates are also being developed for either lower cost (i.e. SiC and poly SiC bonding) or better performance, such as piezo-on-insulator for filter applications. 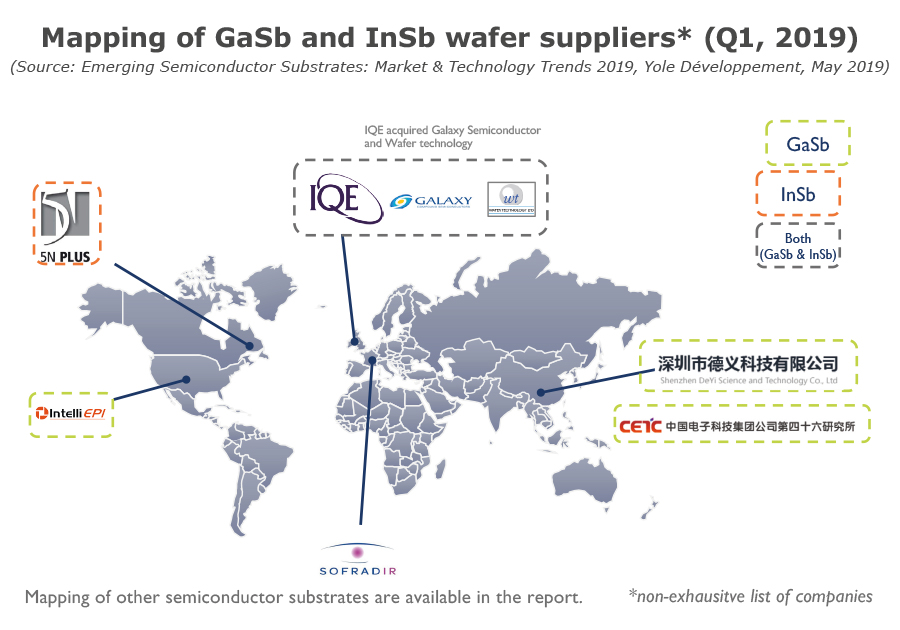