Huge volumes of data are generated daily and this data growth has created a strong demand for cost-effective, high-performance non-volatile memory. NAND revenue reached over $56 billion dollars in 2020 and bit growth is estimated at 38% between 2020 and 2021. This could drive NAND memory revenue up to $70 billion in 2021 according to the NAND Market Monitor, Q3 2021. Intel had a NAND market share of 9% in 2020.

This report includes a full analysis of the SSD teardown and memory package, accompanied by optical and high-resolution SEM images of the package and die. The die cross-section reveals Intel’s three decks of alternating layers of wordlines and insulating material. The cross-section images reveal the NAND memory structure and the floating gate. EDX analysis allowing for material identification has been performed to reveal the materials used in the memory manufacturing process.   Also provided in this report is the manufacturing process of Intel’s 144-layer 3D NAND memory and the final package & assembly. Lastly, a cost analysis is furnished which includes an estimation of Intel’s 144-layer QLC, CuA NAND memory wafer, and die. 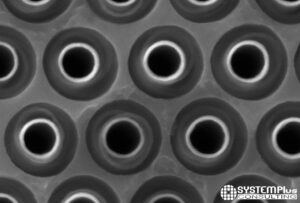 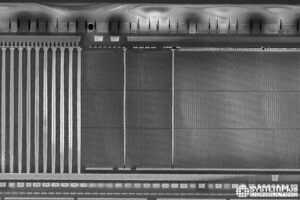 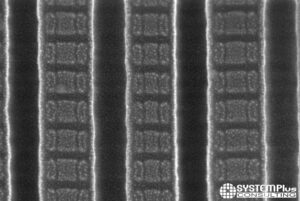