Like its cousin Virtual Reality (VR), the size of the Augmented Reality (AR) market increases daily. But VR seems to hold promise in many more applications, since this technology combines the virtual world with the real world. Initially used in military applications in the early 1990s, AR’s uses nowadays include archaeological research, video games, aerospace, translation, medicine and sports. 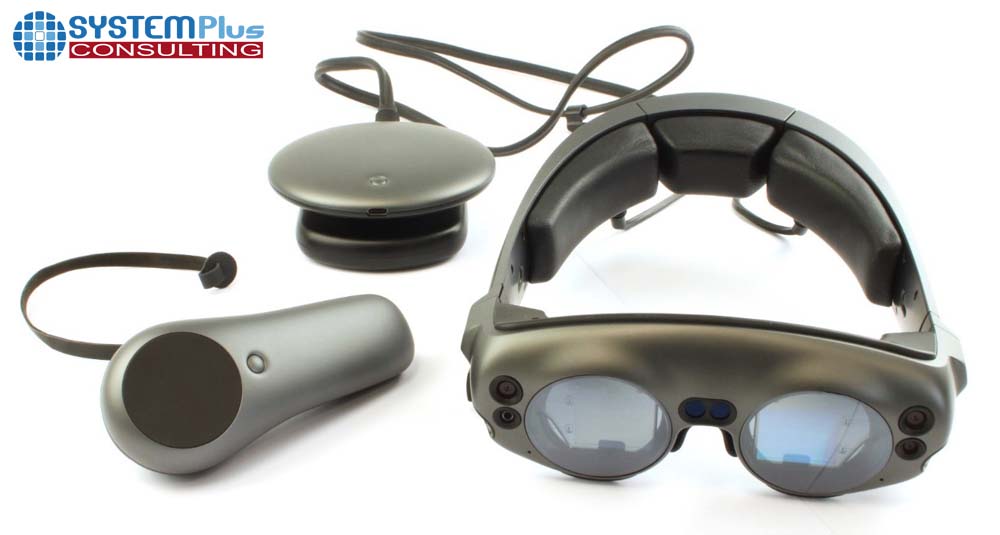 For several years, major companies like Google and Microsoft have invested in and commercialized AR products. But one name has been particularly prominent: Magic Leap.

After years of advertising campaigns and raising billions of dollars for the whole Magic Leap project, the startup’s first augmented reality headset, Magic Leap One, was finally released in the last quarter of 2018. This is the result of several years of development and many patent applications.  By comparison with most AR market products, its price is relatively high at about $2,300. This suggests how expensive all these years of research and development might have been.

The Magic Leap One is composed of three parts: a headset, a remote control and a compact computer, this report is focused on the headset. AR needs many resources to analyze the real world and compute the virtual one.  As we might expect, we discovered a wide variety of different sensors and processing ICs inside the Magic Leap.

The headset processing core is a new generation processor: A Vision Processor Unit (VPU) by Movidius to unify the virtual and real worlds.

Based on the headset teardown, this report details a complete bill of material, identifies components and assembly processes, featuring PCB technologies and PCB cross-section pictures. Electronics component and mechanical part costs are calculated in order to estimate the device manufacturing cost.