Quarterly analysis of the NAND market, historical and forecast, including market pricing, supply data by producer, demand by end-market, plus much more

Over the past several years the NAND market has endured many challenges. These include a major fab power outage, escalating trade tensions with China and a global pandemic. There were also widespread supply chain issues, a new entrant to the market, consolidation, and chemical contamination impacting wafer production at two of the largest NAND suppliers. These events have reinforced the notion that the only certainty in the memory markets is uncertainty. 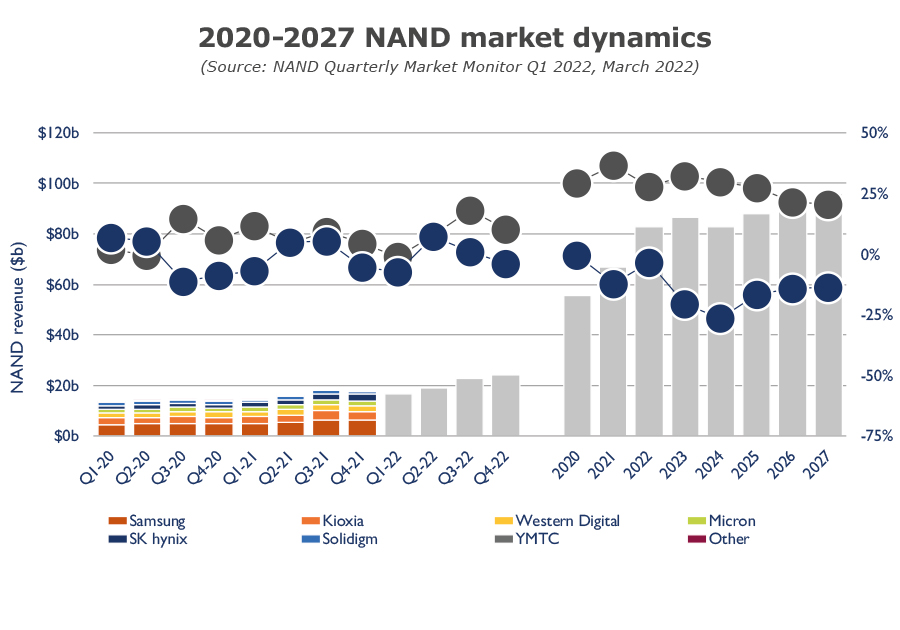 Megatrends and HDD replacement will drive NAND to new heights

Despite the uncertainty, along with the continued presence of seasonality and cyclicality, the long-term outlook for the NAND market is positive. Imbalances in supply and demand can cause market volatility in the short term, but emerging megatrends are driving massive growth in data generation and local-, edge-, and cloud-storage requirements. This growth is augmented by the ongoing replacement of hard-disk drives (HDDs) with NAND-based solid-state drives (SSDs). In combination, these trends are expected to push the NAND market to new heights in the coming years.

NAND demand remains robust, with strong growth for enterprise Solid-State Drives (SSDs) in data centers, increasing adoption of SSDs in laptop PCs and gaming consoles, and continued storage growth in smartphones and other mobile devices. These segments will continue to drive the bulk of NAND bit consumption, though several emerging trends are poised to augment future growth, including artificial intelligence (AI) and Virtual Reality (VR) adoption, autonomous driving, and the Internet-of-Things (IoT). 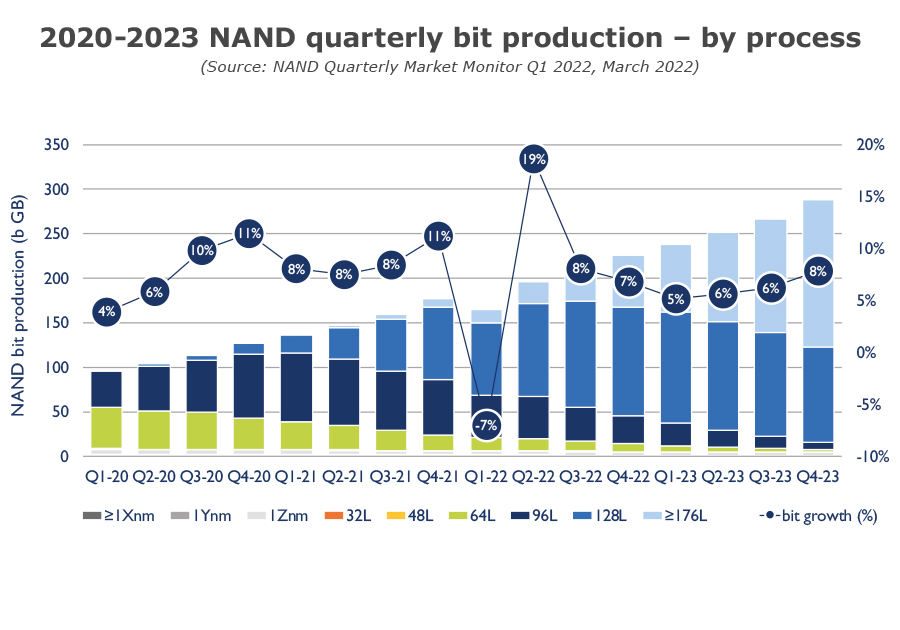 Capital expenditures for the industry remain elevated to support the NAND architecture shift from planar 2D to 3D structures and ongoing layer count increases. There are several announced or anticipated cleanroom additions that are needed to offset wafer throughput reductions as suppliers’ ramp up 3D-NAND processes. Despite layer count increases and the emergence of quad level cell (QLC) flash memory, technology-driven bit growth will slow as process and manufacturing complexities continue to rise.

Samsung is growing into its massive Pyeongtaek manufacturing site and expanding its facilities in Xi’an, China. Kioxia is rumored to be weighing the benefits of an Initial Public Offering (IPO) versus a tie-up with its technology and manufacturing partner Western Digital. SK Hynix recently acquired Intel’s NAND/SSD business and renamed it Solidigm. Micron continues to be a 3D technology leader despite its relatively small market size. Meanwhile, a new entrant is emerging—China’s Yangtze Memory Technologies Co. (YMTC)—which threatens to disrupt the status-quo. The addition of YMTC to an already competitive market will likely pressure long-term supplier profit margins in the absence of further industry consolidation. 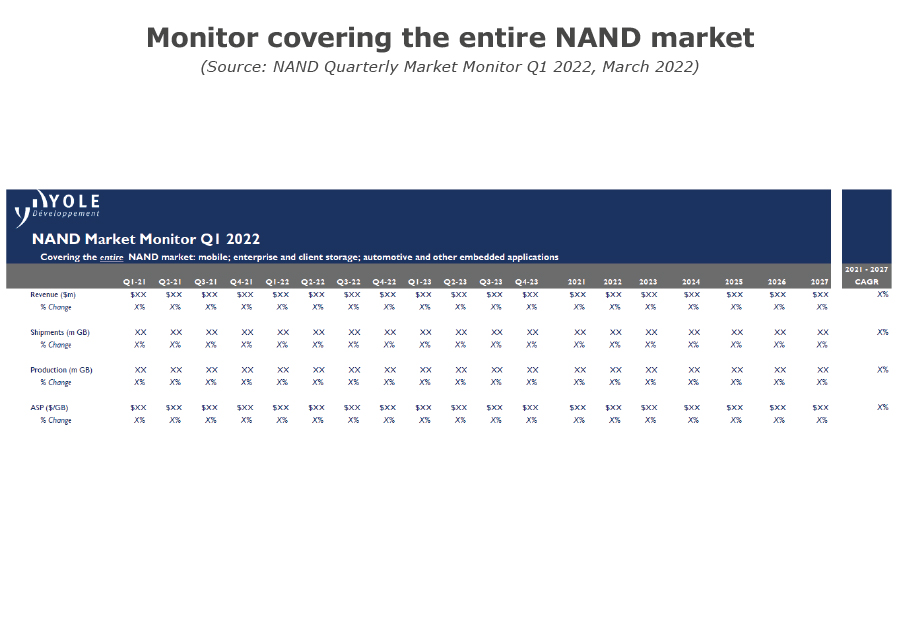