For 3D depth sensing, three approaches have been considered in consumer applications: active stereo vision (AS), structured light (SL) and Time-Of-Flight (ToF) sensing. SL was developed by Apple, which brought it to the market for the first time in 2017. It’s based on a complex system requiring several components, including a Global Shutter (GS) image sensor and a dot projector. The latter has been considered difficult and expensive to make due to the precision required. The ToF approach could be less complex and less expensive. You just need a ToF Image sensor and a flood illuminator to bring depth sensing to a system. In this field, only three known companies have solutions. 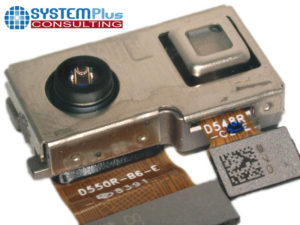 In 2016, Infineon was the first to bring out its 3D ToF image sensor, developed with pmd, for the Google Tango Project. Today, Sony has the major share of the market with several design wins starting from low-end smartphones, such as the Oppo RX17 Pro in 2018, to high-end ones, such as the Samsung S10 5G and Huawei P30 Pro in 2019. This year, Panasonic has surprised the market with a new ToF Image Sensor in the Vivo Nex Dual Display.

This report is focused on the analysis of the 3D depth-sensing camera, comprising the near-infrared (NIR) ToF camera module, and the flood illuminator. Relying on Panasonic’s knowledge of Charge Coupled Device (CCD) image sensors, the MN34906 has the smallest known pixel size for any ToF image sensor made with a CCD process on the market. Indeed, with a very low number of metal layers, Panasonic was able to produce a very cost-efficient image sensor with enough resolution and accuracy for a consumer application. Coupled with a standard flood illuminator based on vertical cavity surface emitting laser (VCSEL), the system has a very small form factor GS approach.

This report analyzes the complete 3D depth sensing camera, provided along with cost analysis and price estimation for the module. It also includes a physical and technical comparison with other 3D sensing systems, such as the Infineon/pmd ToF image sensor in the Lenovo Phab 2 Pro, and the Sony BSI ToF image sensor in the Oppo RX17 Pro. The comparison looks at system integration, the NIR camera module and the illuminator architecture. 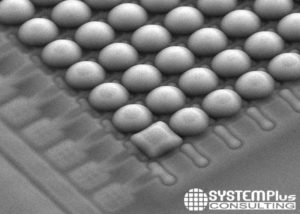 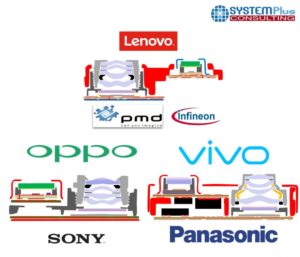 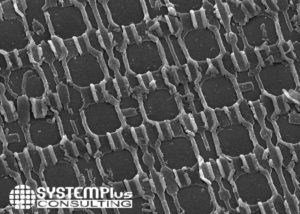