A study from modem to antenna of the very first compact-form 5G millimeter-wave chipset (AiP + BaseBand) for handset applications.

With the integration of the first mmWave chipset in a handset, Qualcomm has started the 5G revolution early. We have seen a first glimpse of how compatible the system could be to very high frequency connectivity. This year, we have seen the introduction of real 5G connectivity, led by Samsung. Starting with the Sub-6GHz application, Samsung launched its flagship at the beginning of this year in South Korea. The second step was to release the mmWave version in America in partnership with Qualcomm, which supplies the complete chipset for this version. 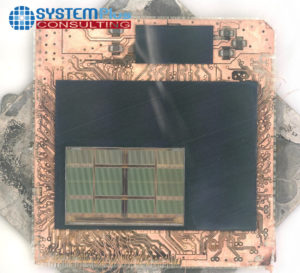 The complete solution has been especially designed for smartphone applications, starting with Samsung but soon to spread to other designs from companies such as Motorola and Xiaomi. The module in the Samsung Galaxy S10 5G USA, comes with four systems spread throughout the smartphone. The first System-in-Package (SiP) is the baseband processor, which uses standard Ball Grid Array (BGA) SiP packaging, coupled with Flip-Chip and Wire Bonding integration. The other systems are the antenna module, which are spread around the corner of the smartphone in order to provide spherical coverage. The modules are placed in the smartphone in order to provide full coverage without any hand-blocking constraints.

This report includes a full investigation of the system, featuring a detailed study of the SiPs, including die analyses, processes and board cross-sections. It contains a complete cost analysis and a selling price estimation of the system. Finally, it features a technical comparison with the structure of the Sub-6GHz chipset and the Qualcomm’s WiGig chipset dedicated to handsets. 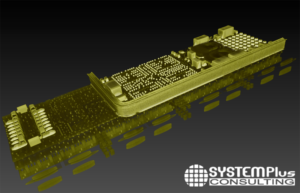