Silicon MOSFET market is expected to reach $9.4B by 2026. Chinese companies want to grow their market share by increasing investment and improving device performance.

Objectives of this report 6

Companies cited in the report 8

What we got right, what we missed 9

Take away and outlook 254

Silicon MOSFETs are key components in a very wide range of low and mid-power applications. In 2020, the silicon MOSFET market was worth $7.5B. We expect a 3.8% Compound Annual Growth Rate (CAGR) from 2020-2026, with most revenue coming from consumer and automotive markets. In general, 2021 has been an impressive year for MOSFETs with a huge recovery from COVID thanks to the high demand for computing and consumer electronics.

Today the consumer market contributes 37% of silicon MOSFET revenues, making it the largest sector. We expect this to fall in coming years due to lower end system demand after COVID-19 lockdowns, which have been very good for computing and consumer electronics, resulting in a $2.8B market by 2020. Automotive, including Electric Vehicles (EV), will boost the demand for silicon power MOSFETs due to increasing adoption of auxiliary systems and electrification. Auxiliary motor drives boost low voltage MOSFETs, while electrification boosts high voltage MOSFETs that are included in DC/DC converter or on-board charger systems. The two segments together are today 21% of the MOSFET market. They will increase to 32% by 2026.

Of course, MOSFETs play an important role in many any other applications. A detailed analysis of the silicon MOSFET market and technology trends by application can be found in this report. 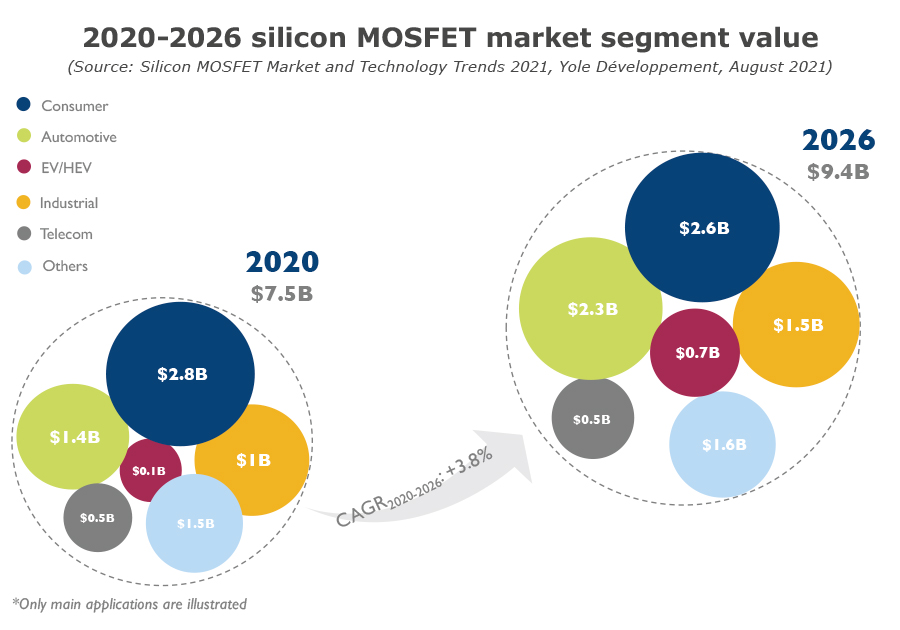 SUPPLY CHAIN GETS READY FOR GROWTH

The silicon MOSFET market already involves both IDM and foundry business models in the supply chain. Many IDMs also use foundry services as second sources for silicon MOSFET components to handle demand fluctuations. However, as demand is expected to continue growing, different MOSFET manufacturers and some foundries are enlarging their manufacturing capacity by acquisitions or construction/expansion. And this is just the beginning! The full supply chain is getting ready for the large number of power semiconductors that are required to fulfill electrification needs.

Although 2021 has been a relatively good year for the silicon MOSFET market, there is still a big delay in delivery due to a limited manufacturing capability. This leads to an unfulfilled market that will still have delayed demand until 2022. This is because 200mm fabs are relatively full. It is also one of the main reasons why major MOSFET players are massively investing in manufacturing capabilities, including different components than silicon power MOSFETs. Infineon, onsemi and Alpha & Omega have already started MOSFET production in 300mm wafer-diameter capable lines, even if they are not running at full production. Many other players are preparing for capacity expansion.

Find more details about the supply chain in this report. 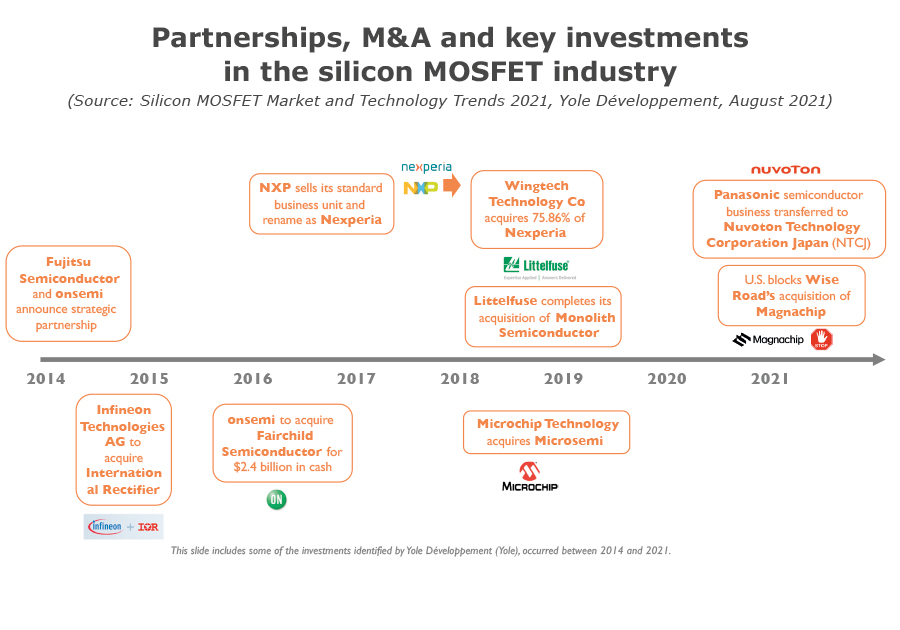 As detailed in the report, China accounts for 38% of silicon MOSFET sales. As well as growing demand for silicon MOSFETs for different applications, the Chinese government is pushing for domestic manufacturing. It is therefore not surprising that Chinese players are investing in manufacturing capabilities.

Foundries like HHGrace and CanSemi have invested in 300mm facilities to cope with higher production of MOSFETs and other power components and have started production in them. However, this is not the end of Chinese push for 300mm. SiEn is building a 300mm fab, as well as CRMicro and Nexperia. In fact, CRMicro recently raised money through an Initial Public Offering (IPO), and has already expanded its 200mm line. Other companies like Jiejie Microelectronics and SMIC are following the same pattern. All of them want to invest the money raised into manufacturing capacity.

However, it is not all about investments in manufacturing sites. Chinese companies are also gaining market share via acquisitions. Deals by Chinese-owned companies are not straightforward since the China-US trade war started. See for example the Nexperia–Newport, UK, Wafer Fab or Magnachip-Wise Road Capital acquisitions.

Chinese manufacturers are also investing in technology knowledge. If we look five years back, Chinese products were believed to be lower performance than EU, Japan, or US manufacturers for high-end components like super junction MOSFETs. However, this is changing. Some Chinese companies can actually achieve similar performances to key MOSFET players.

All in all, Chinese manufacturers are racing to capture a big portion of the MOSFET market. This report contains a deep analysis of the Chinese supply chain and product benchmarking. 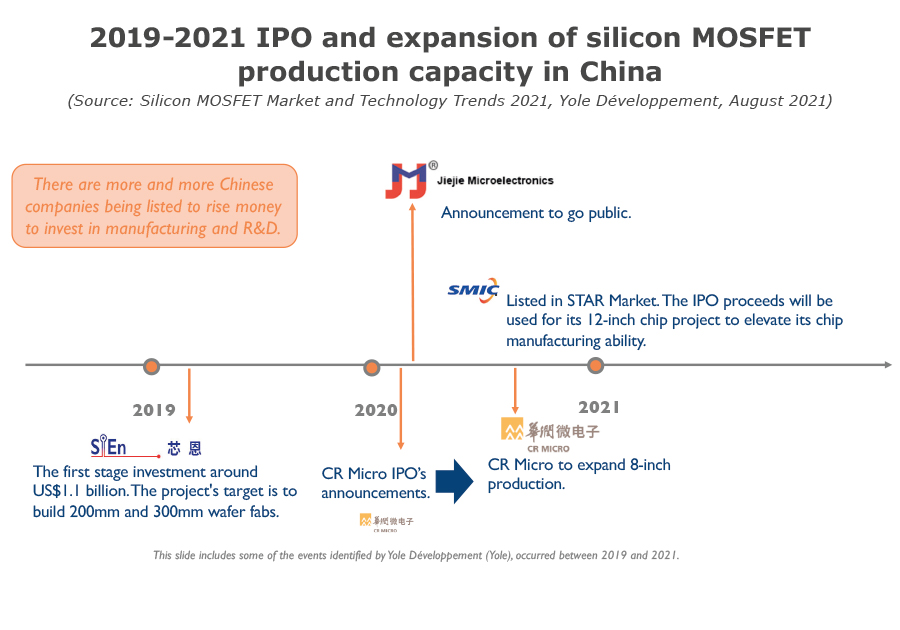