Objectives of the report 5

Scope of the report 6

THE POWER ELECTRONIC MARKET IS POISED TO GROW, WITH AUTOMOTIVE APPLICATIONS AS THE STRONGEST DRIVER

The global power electronics market accounts for $17.5B, with a 4.3% Compound Annual Growth Rate (CAGR) from 2019-2025. Within this market, we can differentiate three different major driving components: IGBT modules, silicon MOSFETs and SiC devices.

Today, the largest share of the power device market is for silicon MOSFET devices, which accounts for 45% of the total value. The major application segments for silicon MOSFETs are automotive, portable & wireless, computing & storage and industrial. They are pushed by needs for higher efficiency and increasing global communications. Despite the decrease of automotive and consumer end-system sales due to COVID-19 in the first half of 2020, there is an expected CAGR 2019-2025 of 1.4%.

IGBT modules, which represent $3.7B in 2019, are traditionally used in applications such as industrial or renewable energy converters. As shown in the report, these applications are today driven by efficiency regulations or increase of clean energy goals, and they account for 46% of the total IGBT module market. Nevertheless, the key application for power IGBT modules is undoubtedly EV/HEV, with an expected growth of 18% from 2019 to 2025, reaching $5.4B by 2025. Indeed, electric and hybrid electric vehicles (EV/HEVs) are being pushed by many countries, with subsidies to allow fast electrification of the passenger car fleet.

The SiC MOSFET market is also expected to be driven by EV/HEVs, as SiC-based modules keep being adopted by several players, such as Tesla and BYD, and competing directly with IGBT modules in the main inverter for more compact and efficient designs. Moreover, SiC discrete transistors are directly competing with Silicon MOSFETs in onboard charger (OBC) systems for higher efficiency systems. 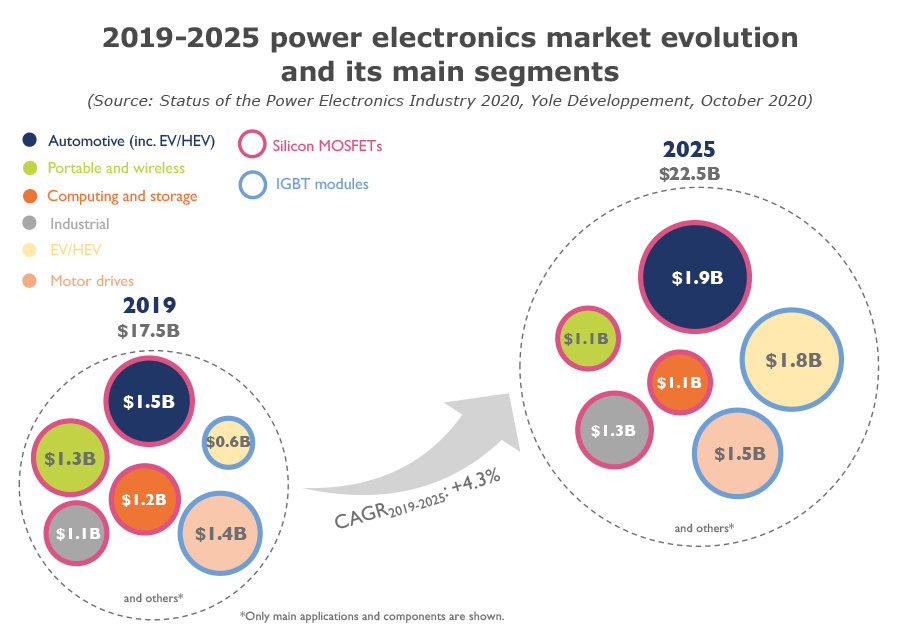 China is the leader in systems for several power electronics applications segments. Chinese companies such as BYD, Huawei, CRRC and Sungrow are amongst the leading players worldwide. However, in power electronic device manufacturing, China still strongly depends on foreign suppliers, which include Infineon, Fuji Electric and Mitsubishi Electric. Chinese power semiconductor companies and the Chinese government are trying hard to change this situation in favour of domestic production of power electronic devices. Local players want to expand their manufacturing capacities in order to capture more added value in local markets and conquer new markets abroad. For example, Wingtech raised $818 million for Nexperia China to introduce high-power MOSFET production line, for both semiconductor and packaging. Other new local companies are directly building 300mm foundries with power discrete and power integrated circuit (IC) capabilities like HHGrace or SiEn. There are growing trends for big Chinese companies to go public, such as CR Micro or BYD Semiconductor. According to Yole Développement’s (Yole) analysis, these companies have achieved a “mature and consolidated” status and they want to further expand, so an initial public offering (IPO) is a good way to raise money relatively quickly. US-China technology and trade wars are giving more momentum to develop domestic manufacturing. Nevertheless, these US-China tensions have not impacted all power electronics segments in the same way. For instance, it is more critical to buy/sell components for defense and telecom market segments compared to motor drives. Some of the semiconductor manufacturers have not felt the difference before and after the trade. Although some leading power electronic players from outside of China are sceptical about China’s capability to develop and master challenging power electronic device technologies, China has shown in the past that it is able to overcome very difficult challenges. 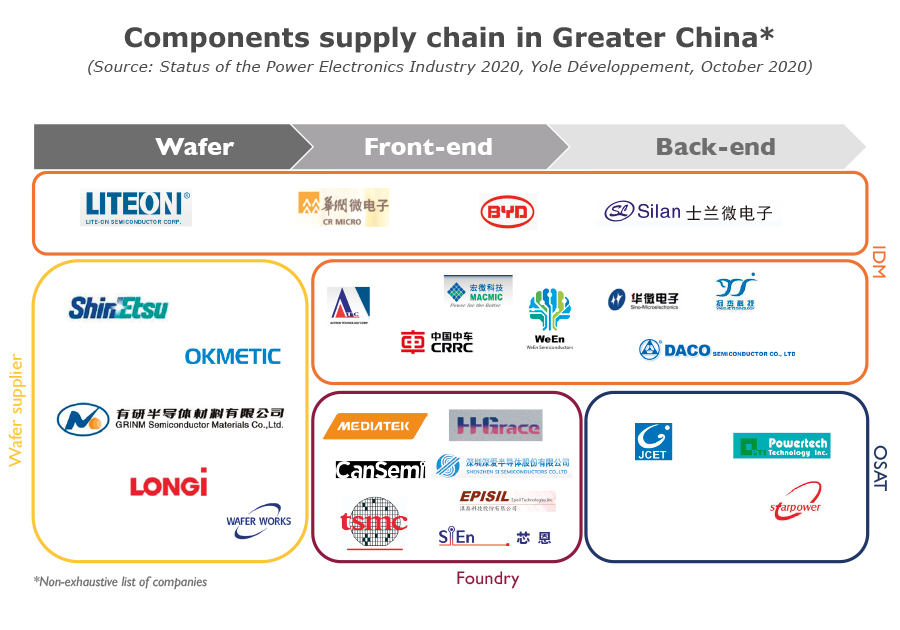 Leading power electronics companies are big companies with revenues in the billion dollar range. Although big players continue to grow, the position of the top players is unlikely to change significantly. According to Yole’s analysts, the positions on the lower stages of the revenues ranking are expected to continue to move in the coming years. What are the key drivers for such a reshaping of the supply chain? One reason is that mergers and acquisitions enable access to new technology/product portfolios, enlarge customer portfolios, give access to new geographical markets and reduce the R&D expenses.

Another reason is technology evolution, especially growing adoption of wide-bandgap materials like SiC and GaN, and new applications such as e-mobility including EV/HEV, but also electric trucks and buses, and charging infrastructure. Actually, those players that take a risk by investing heavily in emerging technology approaches and focus on rapidly growing new technology and application segments can boost their market position whilst their competitors remain focused on their key technologies and markets.

The power electronics industry did not show any significant technology breakthrough in recent months, but the technology trends observed in the past have been confirmed. There is a continuous adoption of SiC and GaN technologies on the die level, increasing shares of silver sintering, Si3N4 Active Metal Brazing (AMB) ceramic substrate and epoxy molding on the device packaging level, and increasing voltage and power on the converter level. High R&D efforts have been mainly made in power packaging and in SiC technology areas. 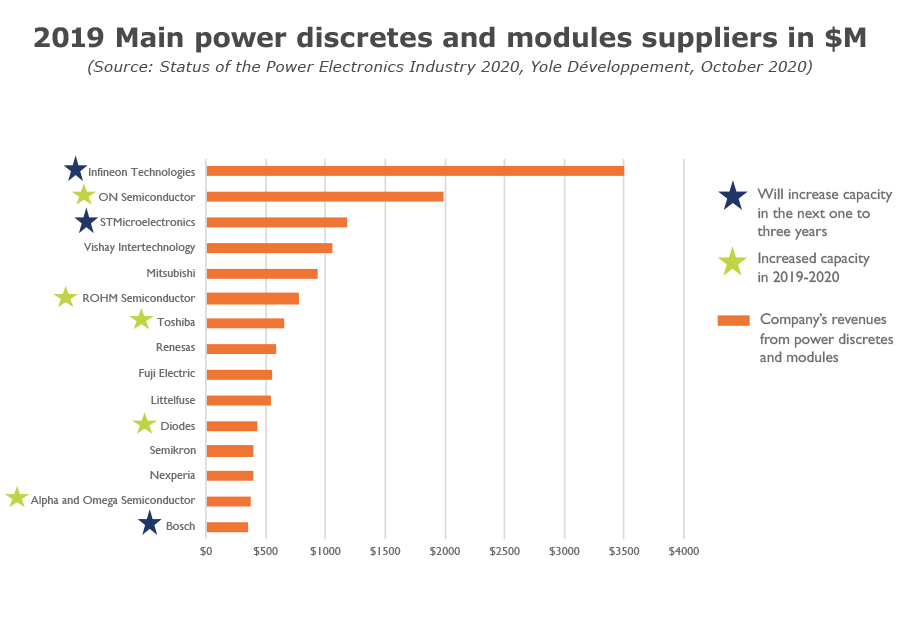