The continual growth of mobile data has led to the need to use more of the radio spectrum. In order to face this demand, handsets have to meet complex requirements, which pose a huge challenge to handset RF Front End architecture, design and manufacturing. Consequently the RF Front End industry is constantly evolving. According to Yole Développement in its RF Front End modules and components for cellphones report, the RF Front end industry is set to grow at 14% CAGR to reach $22.7B in 2022.

Additionally as the space constraints for the radio in cellphone increase, the RF components have to deliver smaller form factors, better performance and higher energy efficiency (to allow for longer battery life) while retaining cost competitiveness. Thus an extremely interesting aspect of this industry is its high responsivity to technical innovation.

Yole Développement had the opportunity to discuss with Paul Dal Santo, CEO of Cavendish Kinetics about their products, position in the industry and vision of the market. Here is the outcome of our discussion… 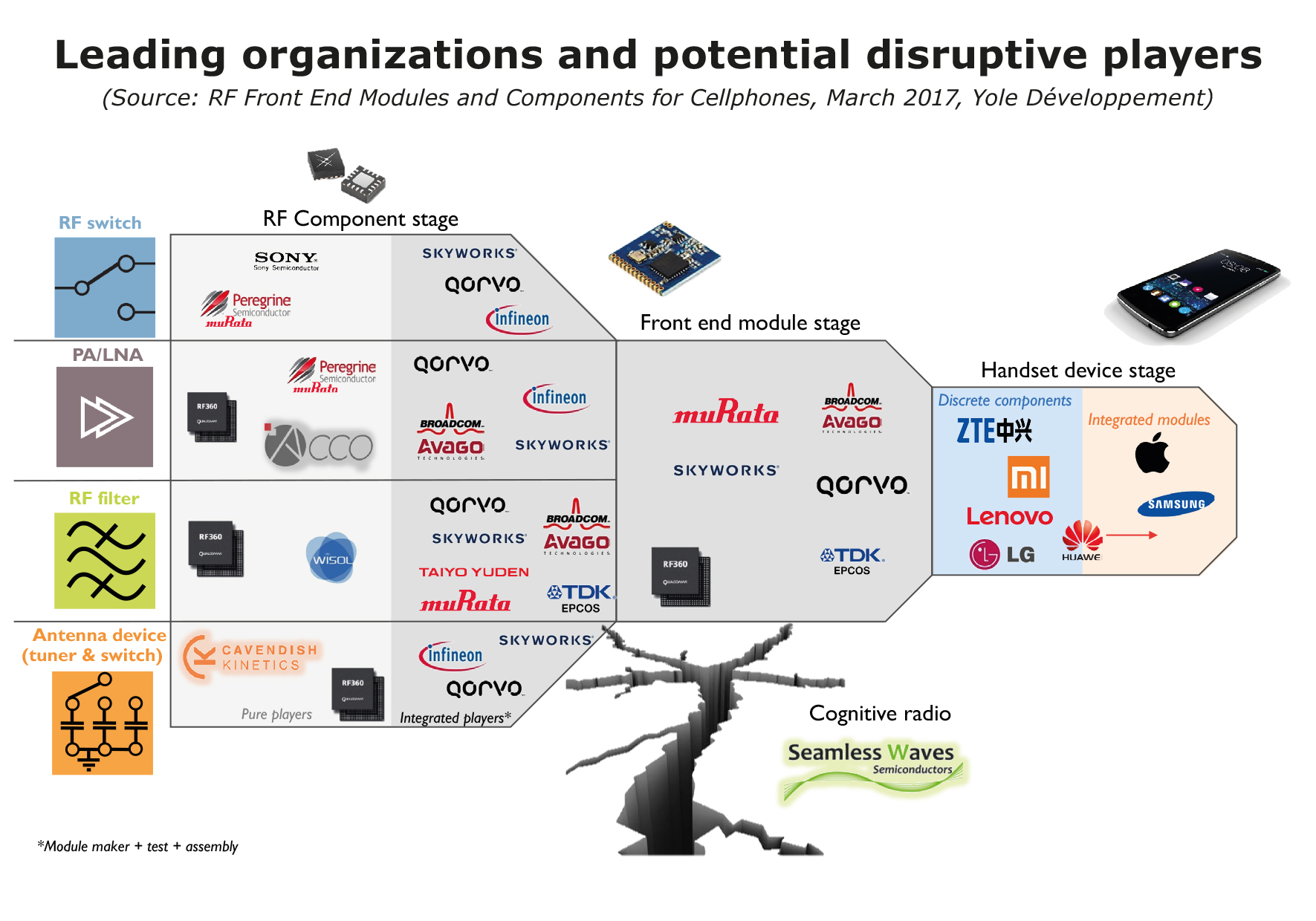 Yole Développement: What are the origins of Cavendish Kinetics?

Paul Dal Santo: Cavendish Kinetics is a spin off of Cambridge University and was founded by Professor Charles G. Smith.  The MEMS technology was incubated at Cambridge in their prestigious Cavendish Labs. The combination of Cavendish and MEMS was the inspiration for the company name – Cavendish Kinetics. The initial intent for the technology was MEMS-based non-volatile memory.  Recognizing a tremendous opportunity coming in smartphones, the company pivoted to RF MEMS several years ago. 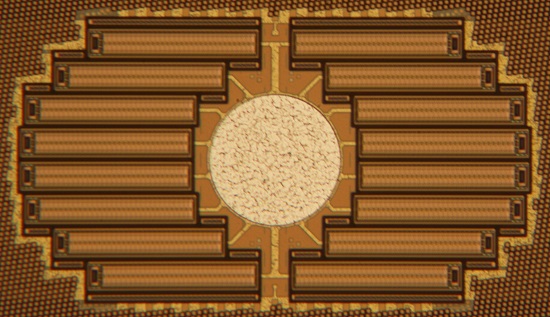 YD: Can you give us a quick overview of Cavendish in terms of background and technology?

PDS: Cavendish Kinetics develops RF Front End products for smartphones, mobile infrastructure, and IoT based on a proprietary and highly reliable RF MEMS process. RF MEMS is very different than Sensor MEMS (such as microphones and accelerometers). Sensor MEMS are transducers that convert mechanical movement into a signal.  RF MEMS conduct a signal with very low loss or distortion. RF MEMS is much more difficult to achieve because it is a contact MEMS. Many companies have tried and failed to develop reliable RF MEMS. Cavendish has succeeded and proven unprecedented reliability in high volumes with excellent yield. Cavendish has demonstrated >100 Billion cycles with zero failures. To put that in perspective, if your mobile phone changed frequency bands every second (unheard of), the lifetime would exceed 3000 years.

YD: What is the status of your technology and products?

PDS: Cavendish Kinetics is in high volume production with its first generation RF MEMS products. These products are RF MEMS based digitally variable capacitors that can be used to tune smartphone antennas to maximize signal strength, data rates, and battery life.  Cavendish has achieved more than 40 smartphone design wins, including the Samsung Galaxy A8 2016.

YD: What is the key added value of Cavendish’s technology? 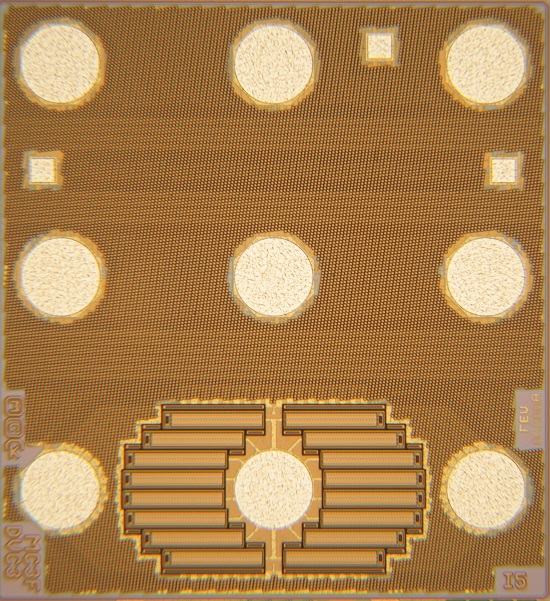 YD: Your 1st product Generation focusing on RF MEMS antenna tuners has been implemented in various phones such a ZTE phone in 2014 and it seems now that more players are using your solution. Can you comment on this achievement?

PDS: 2016 was an inflection point for Cavendish Kinetics and RF MEMS.  Cavendish has achieved greater than 40 design wins with our antenna tuner across more than 10 different smart phone OEMs, including the Samsung Galaxy A8 2016.  Traditional solid state Silicon-on-Insulator FET solutions are struggling to perform as standards and form factors get more aggressive.  As such, more OEMs are turning to Cavendish Kinetics RF MEMS solutions to solve their challenges and maximize performance. Cavendish Kinetics products are being used today in all tiers of smartphones (low, mid, high) in all regions of the world.  Virtually every smartphone maker is engaged with Cavendish in some phase, from evaluation to mass production.

PDS: Cavendish Kinetics 1st generation Antenna Tuner has 32 different states of internal capacitance with a fixed minimum and maximum value.  The 2nd Generation Antenna Tuner will expand the capacitance range and double the maximum voltage handling capability.  The coming RF MEMS switches will also be used for Antenna Tuning, and allow the designer to use external passive components of any value, including inductors. This gives the designer even more flexibility to solve tough antenna design challenges.  Cavendish Kinetics RF MEMS switches can also be used for antenna transfer switching (reversing roles of Main and Diversity antennas) with extremely low loss and high linearity.

YD: Will you consider antenna switch modules as well?

PDS: Yes, over time.  Our current products are focused on antenna tuning and antenna transfer switching.

YD: Will you develop other RF MEMS based products?

PDS: Yes, over time.  Cavendish Kinetics RF MEMS technology has the ability to transform the RF front end and will be used in many places.   Such engagements will likely require partnerships with existing RFFE suppliers that will integrate Cavendish Kinetics technology.

YD: Are you planning to target other markets than cellphones with your technology?

PDS: Yes.  As a young growing company, Cavendish Kinetics is focused on the very large smartphone TAM initially. However, RF MEMS have applications in many areas. We have business development activities in IoT, Military, Cellular Infrastructure, and several other areas.

YD: How do you see your market evolution?

PDS: Cavendish Kinetics has a multi-billion unit TAM opportunity in smartphones as stand-alone components.   This smartphone opportunity triples as our technology gets integrated into RFFE modules from large existing players. Adjacent markets such as infrastructure and military radios continue to expand the TAM.

YD: What growth perspective do you envisage for your company?

PDS: The market opportunity is tremendous.  The need for Cavendish technology is increasing with every smartphone generation, and very rapid growth is expected. 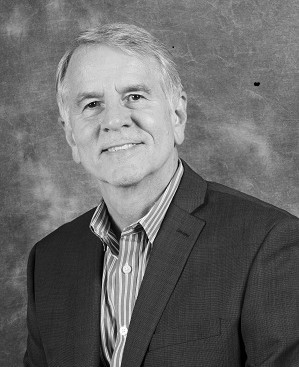 Bio:
Paul Dal Santo joined Cavendish Kinetics as CEO after serving on the company’s Board of Directors since 2010. Mr. Dal Santo brings over 30 years of management and engineering expertise in the wireless and semiconductor industry to Cavendish Kinetics. Most recently, Mr. Dal Santo was the Chief Operating Officer for Silicon Image, a fabless semiconductor company, where he was responsible for the company’s engineering, operations, marketing, sales, and business development. Prior to Silicon Image he was Vice President and General Manager for the Handheld Products Group at AMD, managing the media processor product line, supplying all major Smartphone OEMs. Mr. Dal Santo joined AMD as part of AMD’s acquisition of ATI Technologies, where he held the same position. Mr. Dal Santo started his career at Motorola, where he worked on the world’s first cellular telephone before later serving as VP of Engineering, driving architectural technology decisions and managing several cellular product lines. Mr. Dal Santo holds a Bachelor of Science degree from Purdue University and a Master of Science degree from Illinois Institute of technology, both in electrical engineering.

Interested in both reports ? Ask for a bundle price !

A dynamic market with high responsivity to technical innovation, the RF front end industry is set to grow at 14% CAGR to reach $22.7B in 2022.

The radio-frequency (RF) front end and components market for cellphones is highly dynamic. From being worth $10.1B last year, it is expected to reach $22.7B in 2022. Such high growth is definitely something that players in other semiconductor markets would envy. However, the growth is not evenly distributed.. read more here

The upcoming 5G communication technology is creating a new order in the communication market. All the major RF front-end players are battling to provide devices that could be integrated in smartphones. Not all technologies suit the 5G requirement, but every player could win something… read more here