An article written by Mark LaPedus for SEMICONDUCTOR ENGINEERING – Several third-party foundry vendors are entering or expanding their efforts in the silicon carbide (SiC) business amid booming demand for the technology.

However, making a significant dent in the market will not be so easy for SiC foundry vendors and their customers. They are facing stiff competition from traditional SiC device vendors such as Cree, Infineon, Rohm and STMicroelectronics.

In SiC, the integrated device manufacturers (IDMs) dominate the landscape. Cree, Rohm and others make devices in their own fabs and sell them under their own brand names. Those companies use proprietary processes, which enables them to differentiate their products.

The IDMs compete against each other, as well as an emerging crop of SiC fabless design houses. Fabless companies and others have their products made by a foundry vendor. SiC foundries give customers access to manufacturing capacity, but there are some cost and supply-chain challenges here. Generally, SiC IDMs don’t provide foundry services or make chips for others, but that could change one day.

“When you’re talking about the silicon foundry model, it is very successful,” said Hong Lin, an analyst at Yole Développement. “I am not here to say there is no chance for the foundry model in silicon carbide. In the power semiconductor business, if we’re looking at today’s IGBTs designs, there are foundries here. But it’s more of an IDM business.”… Full article 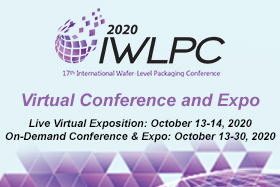