Vesper is a US Boston-based fast growing MEMS microphone start-up from the University of Michigan. Its mission is to improve the reliability of the voice user interface for smartphones, smart speakers, connect automobiles and any connected device.

In a global MEMS microphone market reaching $1B according to Yole Développement (See the recent analysis Acoustic MEMS and Audio Solutions), Vesper brings to the market an innovative piezoelectric MEMS technology directly converting sound wave energy into an electrical signal. We’ve interviewed Matt Crowley, CEO of Vesper, to give us the latest news from Boston. 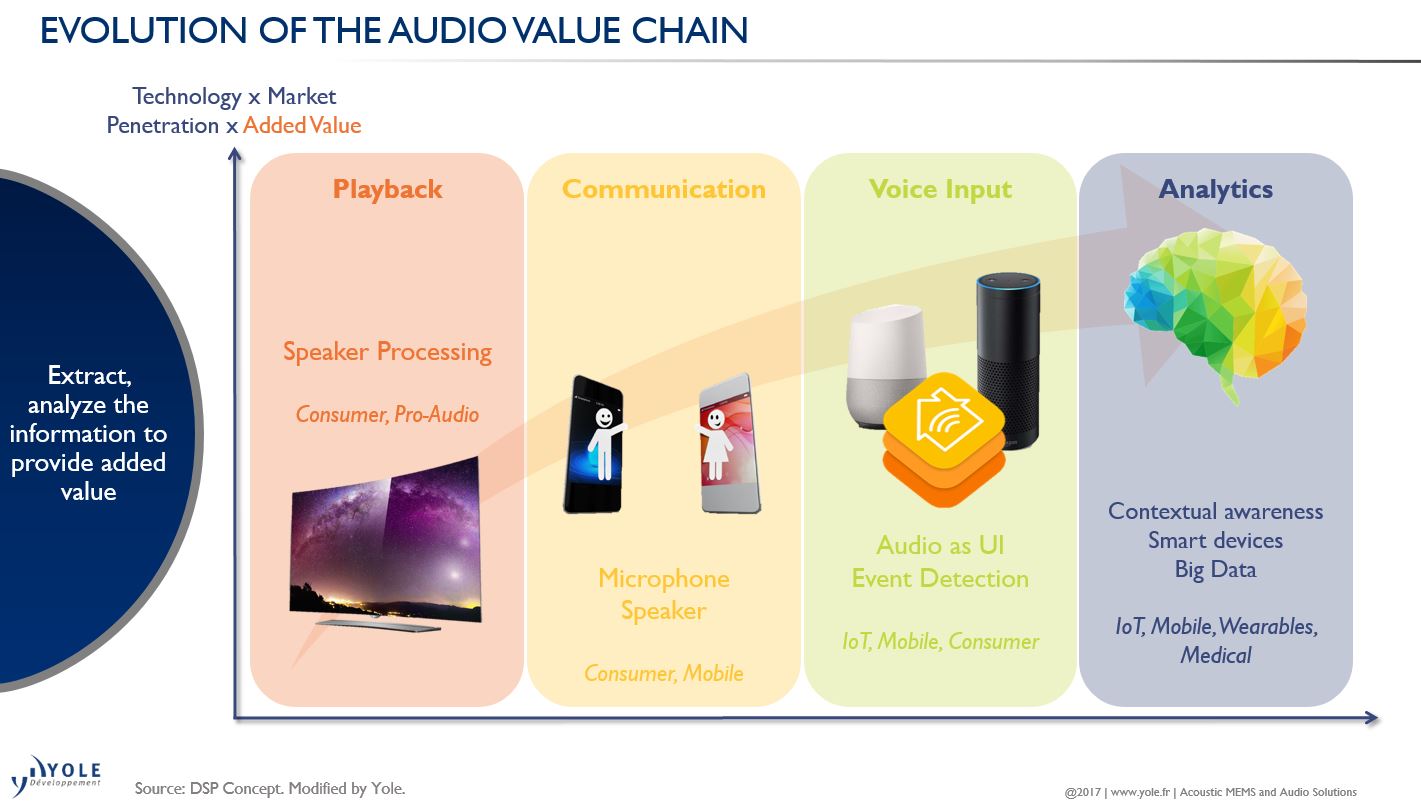 Yole Développement (YD): What have been your latest improvements since our last interview (here) in July 2016?

Matt Crowley (MC): Since the last interview we have made steady progress in many areas. Number one is yield, we have tightened out process and improved our design to have a huge improvement in yield. The other is performance; we have steadily increased our SNR to the point where we are now very competitive. We have also broadened our product roadmap and are sampling differential parts and parts with higher SNR. The biggest development is probably the validation of the quiescent sensing capability of piezoelectric MEMS. We have taken our ZeroPower Listening™ MEMS microphones from a science experiment to production silicon in less than 9 months. In many cases, battery-powered devices built with Vesper microphones will run for weeks or even months (instead of hours or days) without re-charging the batteries. We have demonstrated completely functional ZPL reference designs with production silicon and will be making a major announcement about this later this month.

YD: What defines a good microphone?

MC: What is good is a simple question that defies a simple answer. What I have learned the past three years is that there is no single good microphone and that it is an application-specific question. Some things are clearly always beneficial – for example reliability, particle resistance and water immunity, but they are more important to some applications than others. Some microphones need to be highly resistant to RF noise while others do not. Some systems could benefit from SNR of 80dB; others can’t make use of anything over 60dB. What is clear is that the market is rapidly expanding into new applications and a good smartphone microphone is not necessarily a good IoT microphone.

YD: What is typically the power consumption of the piezoelectric microphone compared to a capacitive one?

MC: In normal operating mode the power is pretty similar with perhaps a slight advantage to the piezoelectric. However the piezoelectric can operate in wake-on-sound (WoS) mode, which simply isn’t possible for a capacitive mic. The WoS mode today is at about 6uA and we can see a path to get below 1uA. We call Vesper microphones that run in WoS mode: ZeroPower Listening™ devices. 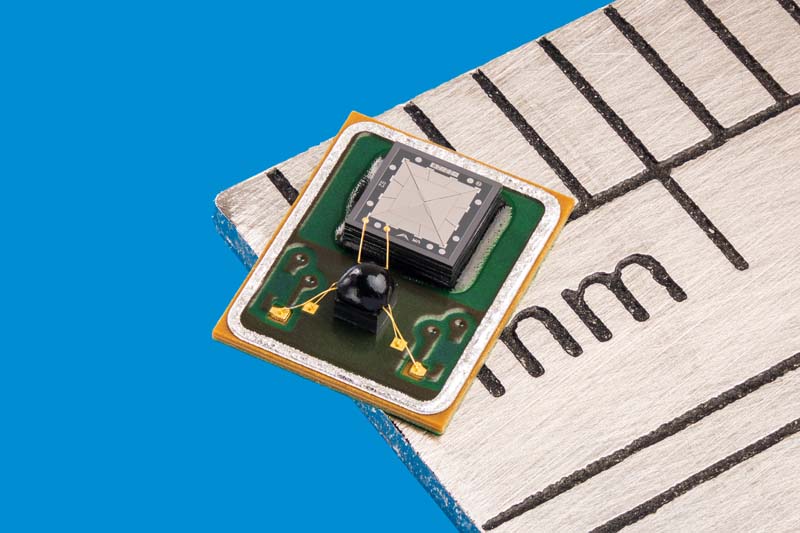 YD: How do you measure performances of your microphone? What kind of tests do you perform on them?

MC: We have an extensive test lab at Vesper and have invested heavily in developing new test apparatus. Because piezoelectric MEMS have a low noise floor, it requires an extremely low noise test setup. We measure all the usual electrical and acoustic parameters such as sensitivity, noise, current, PSR, PSRR. In addition we test for reliability including many tests that only Vesper can pass such as vaporized oil exposure and dust exposure. For engineering, we also do 100% acoustic MEMS probe, which is unique to Vesper. Lastly we have developed a high throughput characterization system that can measure all acoustic and electrical properties of packaged microphones. https://www.youtube.com/watch?v=iAerwkNK4ek

YD: Can you tell us more about the sensitivity and the SNR?

MC: SNR is a ratio of the sensitivity of a microphone at 1kHz to the total noise over a given integration range, most commonly 20Hz to 20kHz. The sensitivity is primarily determined by the MEMS. The noise floor of the microphone can be limited by the MEMS, the ASIC or the acoustic resistance of the package back cavity. In the case of capacitive MEMS, the squeeze film damping of the MEMS itself sets the noise floor of the microphone. In the case of piezoelectric MEMS, it is more likely to be the package. The other factor is the integration range of the noise. Traditionally this has been from A weighted 20Hz to 20kHz, which is the theoretical limit of human hearing. But this may not be a good figure of merit for all systems because they don’t use all of this data. For example, traditional narrowband mobile phones use the range from 300Hz to 3.4kHz, wideband phones use an audio range from 50Hz to 7kHz and voice interface devices use data up to 8kHz, which means a smaller integration range is more appropriate.

YD: When do you plan to release a microphone showing over 70db SNR?

MC: We have prototypes in house at about 69dB so we have the IP blocks to go to higher SNR. We are focused on getting out a full portfolio of ZeroPower Listening ™ microphones first, then we will release higher SNR parts. We have some low-hanging fruit with MEMS and ASIC design that should go to production in 2018, and some MEMS process changes that will continue to boost sensitivity in the longer term. Right now we have many working designs in house and need to decide how to allocate resources to fully qualify a select number of parts for mass production.

YD: Your first product was in line with the standard of the industry regarding the die size, what is your roadmap in term of reduction of the footprint of your microphone?

MC: We will generally track the industry on size for now. This is also something that our packaging partners can customize for their customers. We are more focused on performance than size for 2017 and will work on size reduction in 2018.

YD: We see a massive adoption of more and more microphones in handheld devices (Smartphones, Voice personal assistant, smartwatches, HMD), the consumer business seems to be a priority for you, why such a choice? Niche markets with higher ASP could be a solution?

MC: Our market focus in 2017 is to be the best microphone for low power always-listening voice arrays. This covers a wide range of products mostly in the smart home and hearables segments. These are high-growth segments that value our unique capabilities and are therefore a great entry point for Vesper. Smartphones are still the highest volume by far, but not necessarily the best entry point for a new technology for a variety of reasons.

YD: With your microphone, you are able to select which directions you want to hear, can you tell us what type of applications it could open?

MC: These directional arrays will be great for audio event detection, such as security cameras or voice interface arrays. There are many systems today that use buttons to activate the voice interface and there is a strong desire amongst system developers to create low-power always-listening products. Further out, there will be some novel applications such as using mics for predictive maintenance and healthcare monitoring.

YD: What is the investment needed to create such business in the MEMS field? What have been the critical steps of Vesper’s birth?

MC: Vesper has raised $17 million, which is much less than a typical MEMS company. We were able to do this because our founders raised a lot of grant money and our experienced team was very capital-efficient. A typical MEMS company requires $50 to $100 million.

YD: We’re approaching the Q2 2017, are you in line with your objectives, can you remind us your milestones?

MC: Yes I am very happy with how 2017 looks right now. We have gotten past the milestone of building our first 1 million MEMS units and have a lot of great data and parts to guide our engineering and manufacturing goals. For 2017 our goal is to get design wins and shipments with our ZeroPower Listening ™ microphones in some recognizable brand platforms. We already have our first ZPL design win and are planning a major launch and announcement in about a month.

YD: What are your objectives in term of volume for this year and the next 5 years?

MC: I can’t give out specific volume targets, but for 2017 we want to start scaling our supply chain towards smartphone volumes. The customer demand is high and the market is growing, so this is a huge exercise in methodically scaling our supply chain and support networks. Due to our fabless model we will be able to scale with our foundry partner to extrememly high volumes.

YD: Up to now, you were focusing on the hardware side, how Vesper is looking into the software field as smart microphone is becoming the new trend? Do you have partnership with DSP players to implement noise cancellation, wind cancellation, etc.?

MC: We have announced partnerships and investments with some software companies such as Sensory, Amazon and DSP Group. We have also demonstrated a 6 microphone smart speaker reference design with Qualcomm at CES and MWC. I think that the smart microphone will become more prevalent in the future, especially in the IoT market. Smart microphones have had less success in the smartphone market because most smartphones already have a processor for sensor data, which makes the microphone’s DSP redundant. Also, large OEM and SOC players want to develop their own software dominate the smartphone market. As our competitors have entered the DSP and algorithm space, this has opened up a hole in the market. The incumbent DSP and algorithm vendors would prefer to work with a pure MEMS company to develop best of breed solutions without risk of IP leakage. At the end of the day, Vesper’s core competency is in piezoelectric MEMS, not software.

YD: Several times you mentioned the potential of your technology to design pressure, ultrasonic or chemical sensors, what are your plans in this field?

Matt Crowley, CEO, Vesper
Matt Crowley’s passion for building great teams to bring disruptive technologies to market is fully evident at Vesper – which introduced its first product to market nearly five times faster than the industry average.
Prior to joining Vesper, Matt was founder and vice president of business development at Sand 9. At Sand 9, Matt pioneered the mass commercialization of piezoelectric MEMS devices and led partnerships with industry leaders such as Intel, Ericsson, Analog Devices and CSR. Analog Devices acquired Sand 9 in 2015.
Sand 9 was spun out of Boston University Office of Technology Development, where Matt was responsible for evaluating new inventions, forming new companies to commercialize those technologies and managing a venture capital program. Before joining BU, Matt worked at Mars & Co strategy consulting, where he advised Fortune 500 companies on operational and strategic issues.
Matt received an interdisciplinary degree in Physics and the Philosophy of Science from Princeton University. He is fluent in Japanese and has lived in Japan. 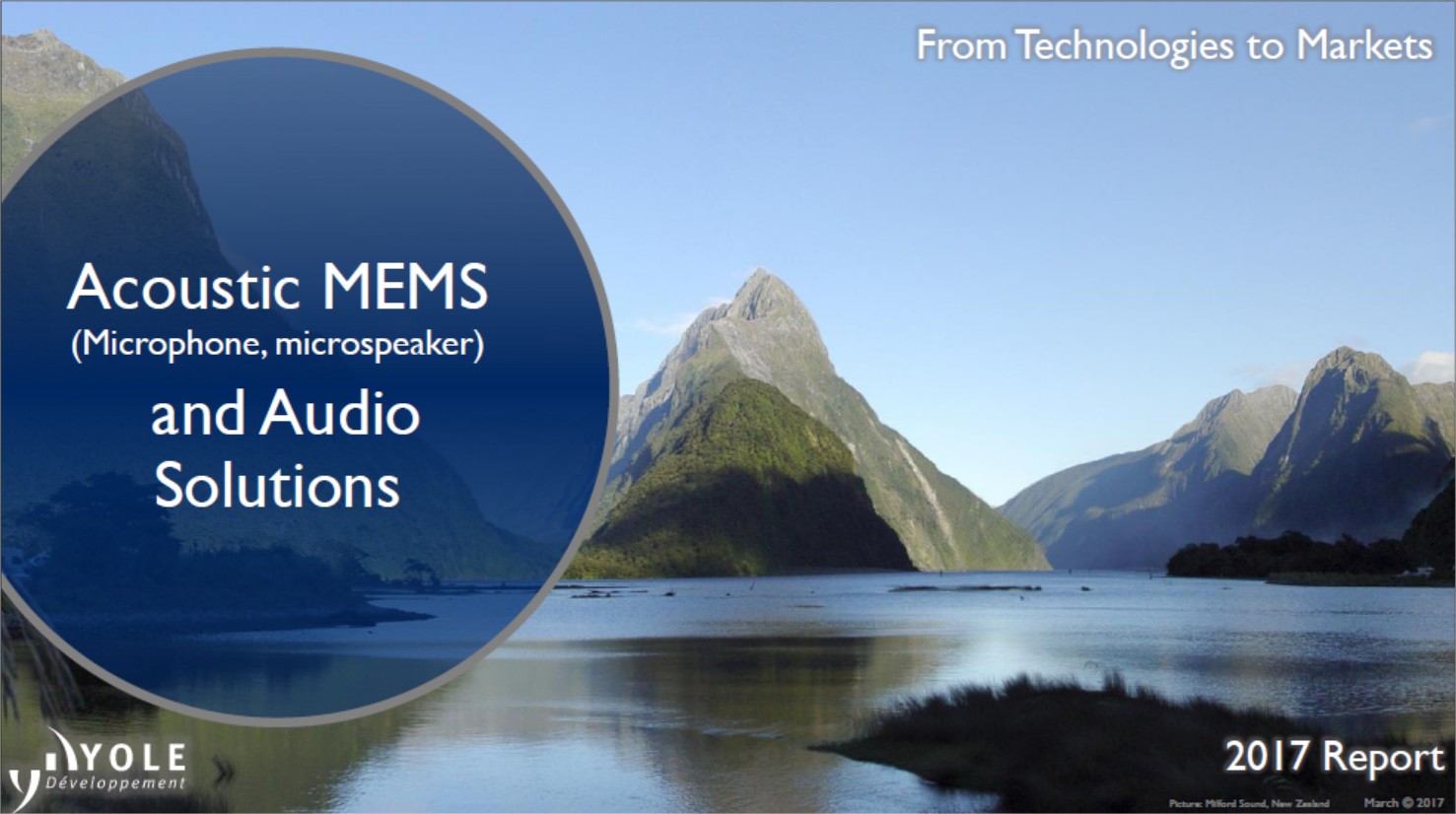 The market for MEMS microphones and ECMs, micro-speakers and audio ICs will be worth $20B in 2022.
More information here.