Yole Développement published its Status of the CMOS Image Sensor Industry 2016 and Sensors for Biometry and Recognition 2016 in June and November last year, respectively, and has just released 3D Imaging and Sensing 2017.

We have recently witnessed the release of specifications for several flagship handsets, which are now the main competitors to Apple’s iPhone: the Samsung S8, Huawei P10, Oppo F3, LG G6, and Xiaomi Mi6. Most striking are the differences in the strategies for the cameras. The camera is one of the most important elements of current smartphone offerings, almost on a par with the screen. Consequently, the camera dollar content per handset has risen from $15 to almost $25 in three years. So why are these players taking so many risks with the camera? There are three main reasons. 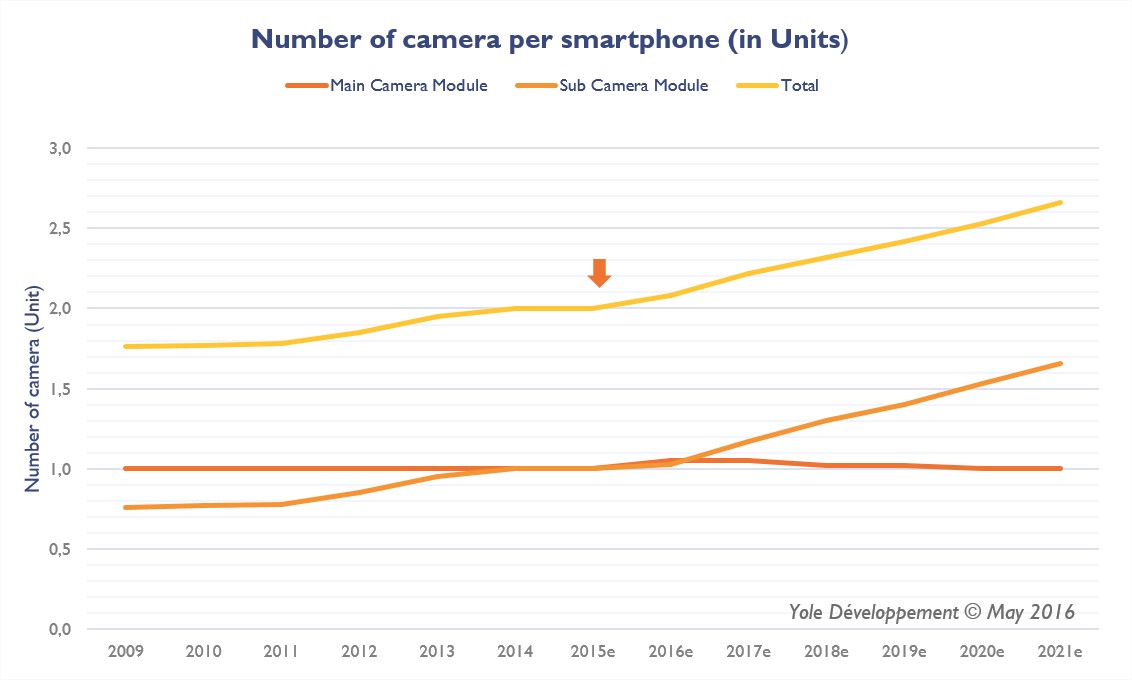 First, it seems that in the recent years Apple has slowed down its innovation drive on the camera side, so competitors have been able to move ahead. This is the case for the dual camera setup on the rear side of the phones. Experimented with by HTC and LG for a long time, Huawei has managed to successfully market the technology through a smart association with Leica. It is reusing this dual setup on the P10, with the goal of enriching photography usage, which is the main goal of the rear side camera. Apple has in fact acknowledged the validity of the approach with the iPhone 7 Plus, emulating Huawei’s strategy. One could argue that there are some differences between Apple and Huawei’s dual setups, but from afar this does not seem to make much difference. Recent evaluation by DxO Mark has also confirmed the very good performance of dual cameras in high end photography. The cost impact has been swallowed by users who are ready to pay for visible proof that they own a high-end device.

Second, the importance of biometry has had a direct impact on cameras, which are now potential biometric devices. Samsung has implemented a second front-side camera, in the same way Fujitsu had experimented with less than a year ago, in order to provide state of the art iris-recognition technology. This is a bold move we had envisioned as the need for data protection and safer transactions is growing. The down side of this strategy is the cost balance it has to make with the other side of the phone. Samsung has decided to still use a triple stack sensor from Sony, which mainly allows for slow motion videos. Technically Samsung’s rear camera is on par with the dual approach, but probably is missing something in terms of embracing the current fashion of dual rear. Overall cost budget is clearly a limiting factor and all players have to make choices.

Third, the usage of the front camera is evolving quickly. We had mentioned in our CMOS Image Sensor report the selfie trend’s impact on front facing camera resolution. Companies like Oppo are surfing this wave by improving the performance of the front camera, and recently providing a dual front setup for the F3. Part of the selfie game is linked to social networks such as Snapchat and Facebook. Both companies are bringing very quick innovations to the market. Fueled by an IPO, Snapchat is probably the company to watch in order to understand future usage. Facebook is quickly taking into account those usages, which encompass ideas like “filters” and “stories”, and is providing its own vision with virtual chatroom “avatars”. We believe that what Apple is preparing for the end of the year is very much linked to this type of usage, and front facing 3D cameras will play a key role in this strategy.

Our latest report on 3D Imaging and Sensing expands on this idea of an additional 3D camera as a user interface. This is probably a major event for the smartphone industry and the imaging community as it moves away from photography and serves new applications. As the competition in a slowing market get tougher, the strategy game involved in achieving supremacy is becoming fascinating.

Looking at the market for 3D imaging and sensing devices, it is quite significant today as it is generating more than $1.3B in revenue in 2016. Within two years we will likely see a massive influx of consumer products using 3D imaging & sensing, with the first applications in mobile and computing. And with the iPhone8 expected to incorporate a front-facing 3D camera, 3D’s application as a user interface will finally arrive as a mainstream feature for biometry and face recognition. Augmented reality is another key application, and mobile will be the main benefactor of this innovation. With a compound annual growth rate of 37.7% over the next five years, Yole Développement forecasts that the 3D imaging and sensing device market will reach $9B by 2022. The impact on the supply chain will be huge. 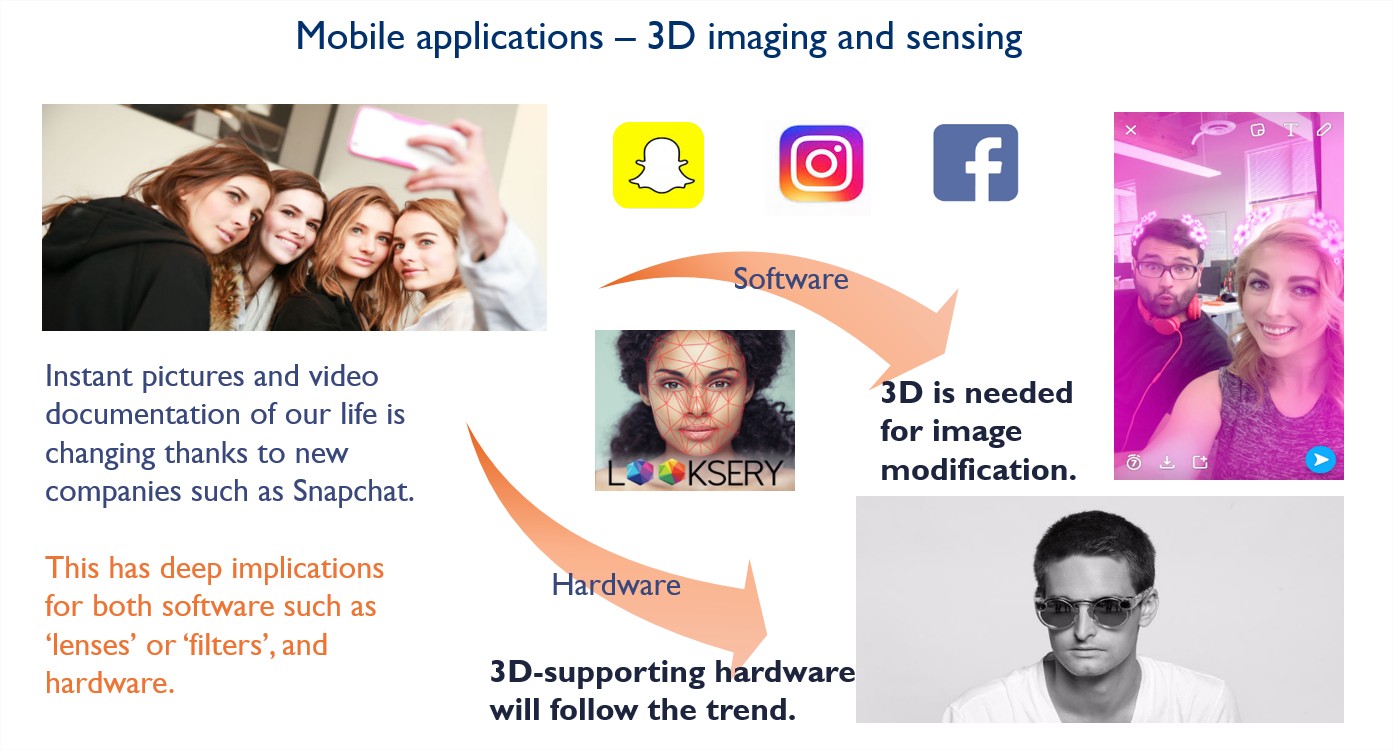 3D Imaging and Sensing 2017
Beyond its traditional medical and industrial markets, 3D imaging & sensing is ready to conquer consumer and automotive, with an exponential growth pattern starting from $1.3B in 2016 and reaching $9B in 2022 – More 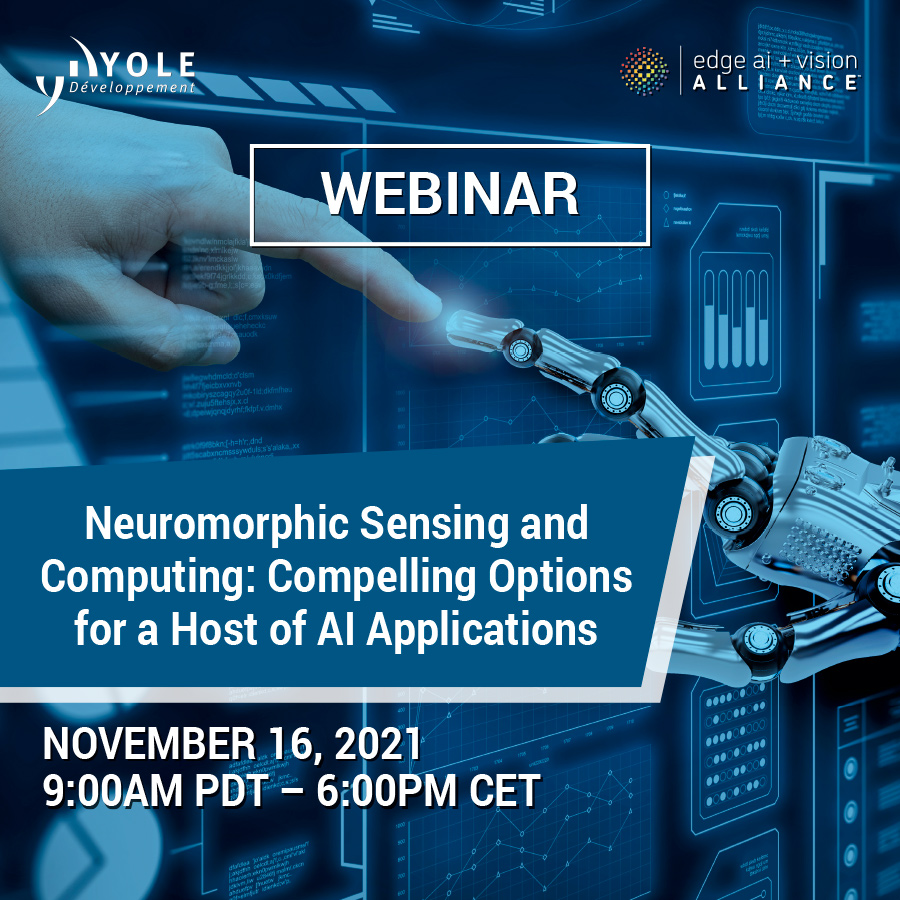